Re: Do Not Airlock Checklist Thread 4


How did you change the formula? It was

What @Ivanstone said, especially after investing in a 10 hour voyage.
Getting a 2* card at the 10 hour mark.

You know, it's been a while since I made a new sheet, who likes mindless data entry, no one? Okay then. Let me present...

Captain Idol's Voyage Analysis Sheet...and yes, I had to call it CIVAS for my dumb naming convention.

So what is this for. I came upon the problem that with More Golds, More Problems or specifically, who exactly was I using day to day, and who was languishing on the sidelines, destined for the cold embrace of the freezer.
Yes, this will require some manual entry on your part to keep track of whom you are sending day by day but I have found it invaluble so far for keeping track of which pairs are trending higher, where I need to put more cites and who has fallen off in recent weeks.

What you can see on that page:
Instructions are inside, hope you have fun and may your voyage be blessed with a twelve hour length!

1. In my view, the game needs some kind of major change/overhaul, but the devs don't seem to think so. (The only thing happening really is the events, and the constant stream of new crew, which you then can't do anything useful with...)
2. So many of my longtime fleetmates leaving the game due to 1. (I don't blame them. While I'm still hanging in there for now, I'm spending less and less time in this game, and more in other games.)
3. All the longtime bugs apparently put on the backlog and never emerging from there again 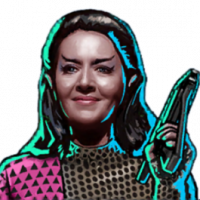 Crew Retrieval and the Celestial Marketplace are both large, complex systems. While there was an issue with one of the early offers, both systems launched smooth as silk. To imply that a clearly hardworking and effective QA team doesn't exist is rather unkind.

Yes, the occasional mistake gets through. But most are either cosmetic or easily fixed. I'm not saying you shouldn't be frustrated, especially when we get a few in a row. But given the breadth of content released, and across a massive number of platforms, I'm not sure it's worth giving folks a hard time because some minor issues get through.

As for long term problems, it's common in tech for devs to investigate an issue, not find a fix, and put it on the backburner until someone can check it with fresh eyes. The fact that they couldn't resolve something the first time doesn't mean it's forgotten.


Since you are going to edit your post without actually acknowledging my reply or how tone-def your original post was, I will do it for you:

NO. Crew retrieval did not launch smooth as silk, and resulted in arguably the most controversial punishment imposed upon STT players EVER. as in, since the game has existed.

To paraphrase the language in your post, ah-hem; To imply that the management team is not completely disconnected from the player base and that the QA/QC team is hardworking and effective is rather naive.

I don't under s r and the above comment as I always, at least in my first 6 voyages get 4 hr 19 min on first load as it doesnt really start to drop until after initial dilemma... then little less than two hours on each additional. I stopped at the 12 hour point as DL isn't worth it if you don't have a lot to spare... I normally try to keep 1000 on hand... I'm tired of getting six 1 and 2* cards and one 3* AND LAST VOYAGE two 4*. I got 850 chrons as well.. but cost over 250dl. If you want best bang for buck it's the way to go in spending though.... by far.... I have a bunch of screenshots... thx for the info guys!!

Ok, I think Gary Mitchell breaks the mold for Gauntlet rank. With his RNG starting at 1, he is not nearly as valuable as shown by his rank. I'm not sure how to account for that but it feels like there is an issue. This is an anomaly with him having that absurdly low RNG number.


You are 100% correct. I am currently working on a tweak to the formula which will hopefully address this. Unfortunately, it's a major change, so it is going to change every character's score once released. Soon.

And I'll take a look at the wiki issue as well, though. When it rains it pours! The banjo man just dropped for me after finishing 18th, adding to 2 Red Angels and a Locutus (2nd * from 20k rounds) for my gauntlet drops. I couldn't screenshot fast enough. I don't know how others react so quickly. Each gauntlet drop leaves me in shock--being so rare.

Does anybody pay 3,000 dilithium for five additional crew slots? (Yeah, I didn’t think so.) With all of the events that introduce new crew, the LTOs, the Beholds, the crew and beholds in the campaign, ETC., crew space becomes a real bottleneck. Even new players often find themselves airlocking crew. Permanently reducing the cost of adding crew slots or just eliminating the limitation altogether would make a lot of players happy. This game has clearly taken a turn towards “Pokemon, but Star Trek.” I think if that’s the way the game is going to be, limiting space is counterproductive. You’d probably make more money if players aren’t pausing to consider if they have space. 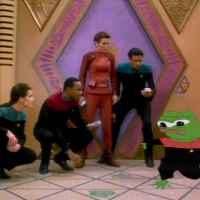 Trollita
5
Next
Hey! You will be signed out in 60 seconds due to inactivity. Click here to continue using the site.