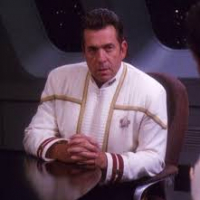 Vice Admiral Wolff ✭✭✭
July 2018 in Make It So!
Granted this would be a bit of an undertaking, but a few guys could do it in a day:

How about a new trait for Variants like Galen and Robin Hood (as contemporary examples) "Picard Variant" so we could be sure in advance of who's going to count in events? Will Scarlett would get "Worf Variant" etc.

Obviously only a handful of crew would be entirely unique so this is a lot of work - but my God how it would simplify things down the line!
0