[BL] PShivers ✭✭✭
July 2018 edited August 2018 in Engineering Room
Today I got the Iconic Crew offer and it is locked. Playing on Steam 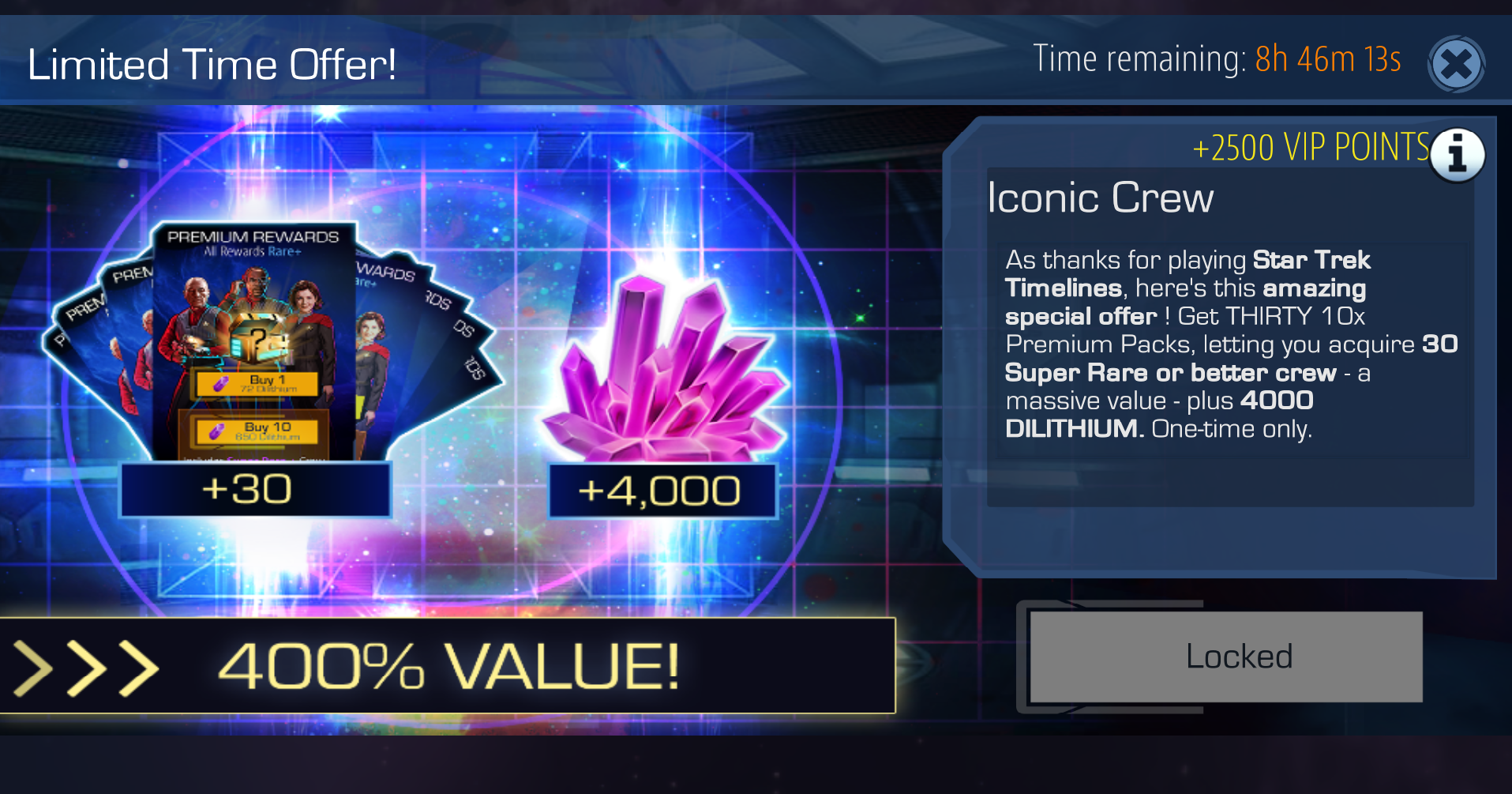 In all my time playing, I've never seen this before.