Data1001 ✭✭✭✭✭
September 2018 in Engineering Room
Can you see it? 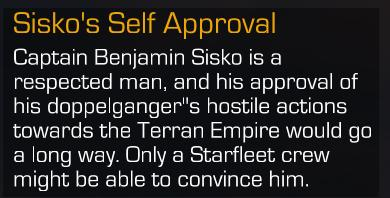 That's either a quotation mark or a double apostrophe after "doppelganger".

I feel pedantic even bringing up something so minor, but as it hasn't been fixed after several years I thought I might as well.