Who would you make the next citation project?

Ironagedave ✭✭✭✭✭
October 2018 edited October 2018 in Ready Room
Final star on Interfaced Geordi is imminent, so I am looking to start a new legendary project.
I am tempted to cite Da Vinci - excellent voyage score (and in key areas) good shuttle base scores too, however my security base is lacking somewhat, which could put Chakotay or Kortar to the forefront. The difficulty I am having though is they are all in portal. 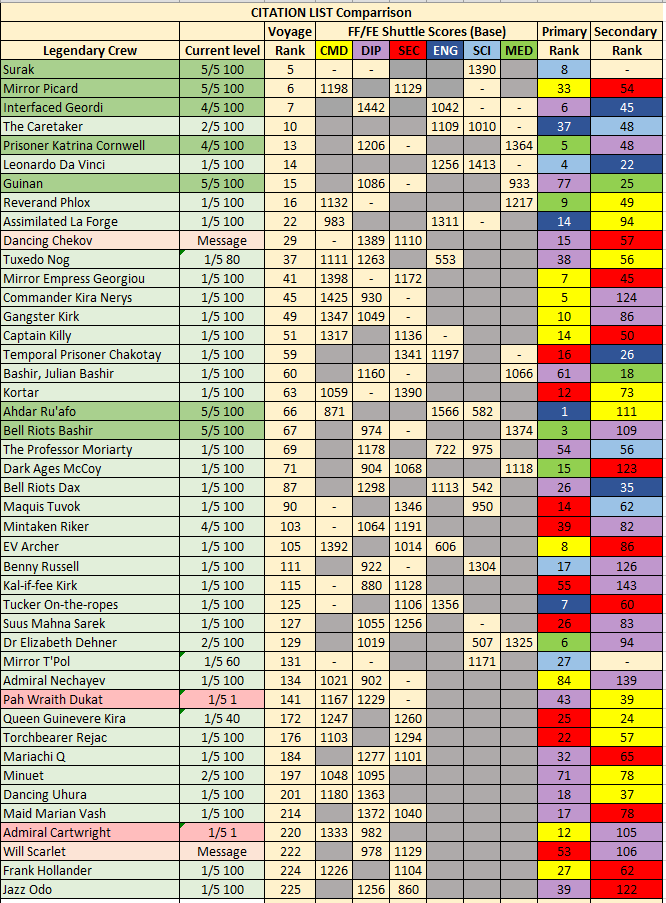