<))) Riov tr'Khazaan ✭✭
November 2018 edited November 2018 in Engineering Room
Hi, Timeline gals ...
I thought I start this little discussion on here, in the hope, that DB finally takes notice of it.

I tweeted them in the last weeks a few times, but only got ONE "indirect" response, when I noticed, that they have renamed the Event Pack back to its original name.

Lately, I noticed, that DB uses an overwhelming amount of "computer generated" - most probably using Google Translate, Bing Translate or such. What those lack in functionality is, that they are very bad in using context in a sentence and just translate the most possible word and swap it. Okay, there is some logic nowadays - but still, they most times come up with just utter nonsense translations.

I do not know if @Shan or Prince have a German native speaker in its team (or second language) or have a Quality Management person to look over the data in the first place, but hey ... here are some of the most annoying and funny translation errors on packs.

That said: I do not understand why the packs get translated. Reading the original English will make more sense to most Germans than a wrong and bad translation which makes NO SENSE at all ... utter nonsense as I mentioned above.

On October 19th, you offered the German Players the
Pack which translates to "Pastry Dough Above" ... 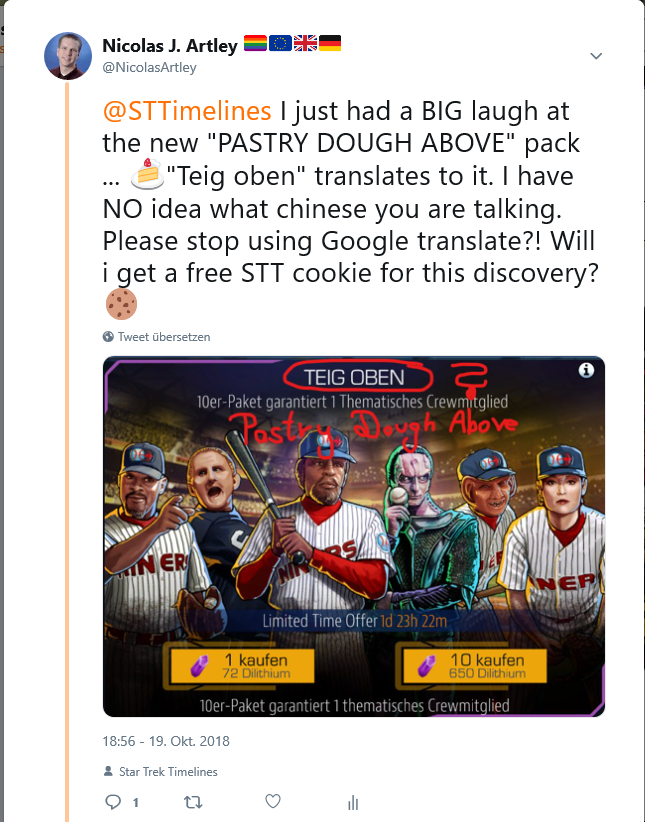 Luckily you changed it back one day later to the "Batter up" original. 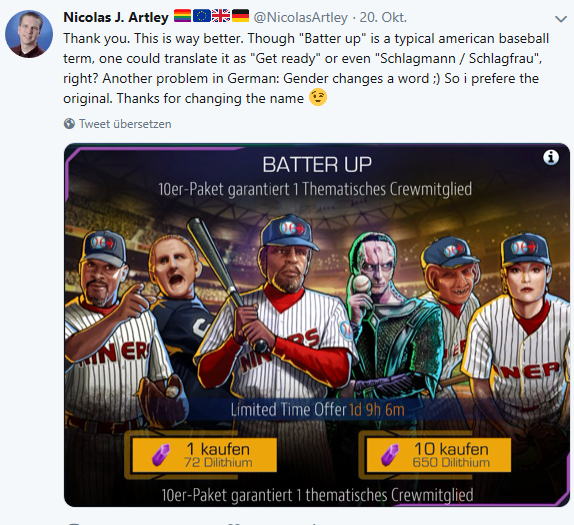 Well, DB never introduced us to Captain Bullock or told us his Stats on Command or Security ... well, obviously there is NO Captain Ox Bullock.
Or was that a secret spoiler, telling us that Sandra Bullock will join the crew on Star Trek Discovery? I doubt it. 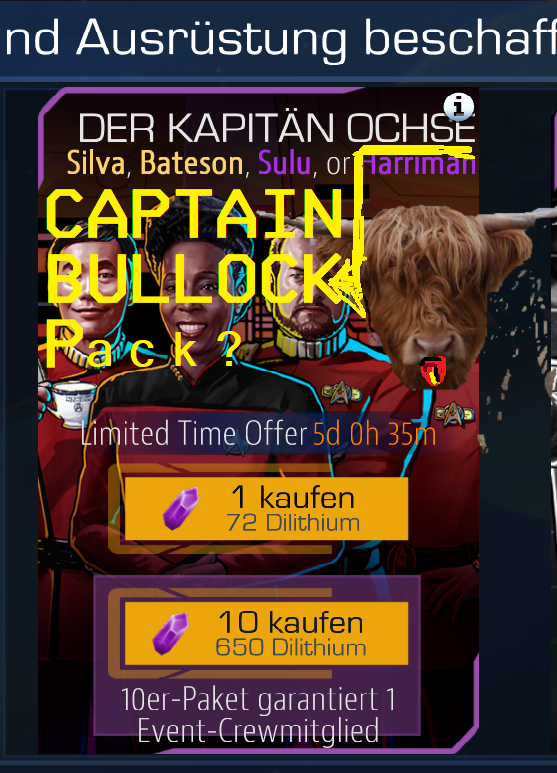 Sorry, I replaced the "Head of Captain Harryman" with the Ox ... 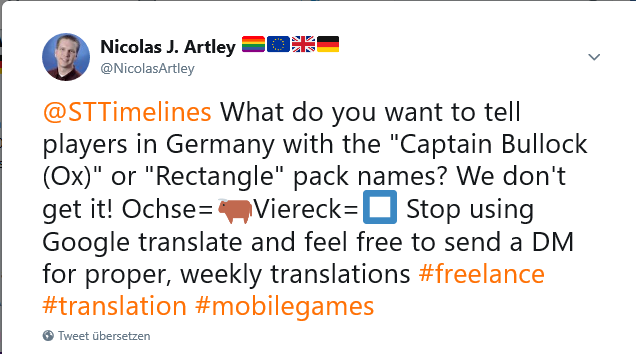 The "Rectangle Pack" was not so funny but still awfully off. 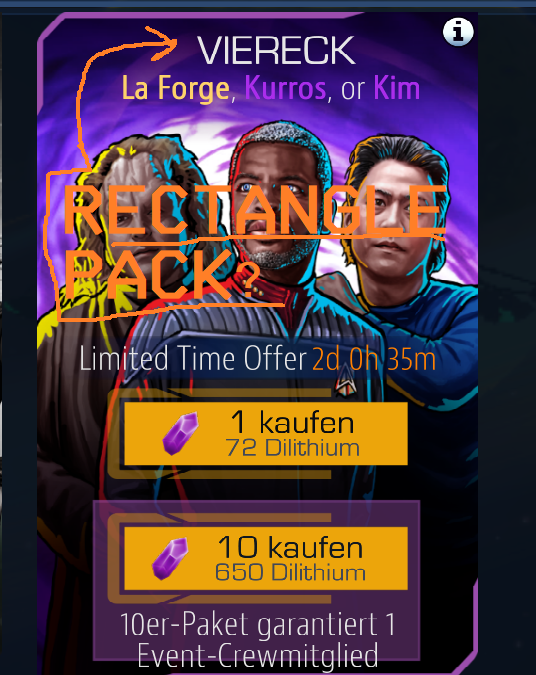 Well, and the new Pack is not better. 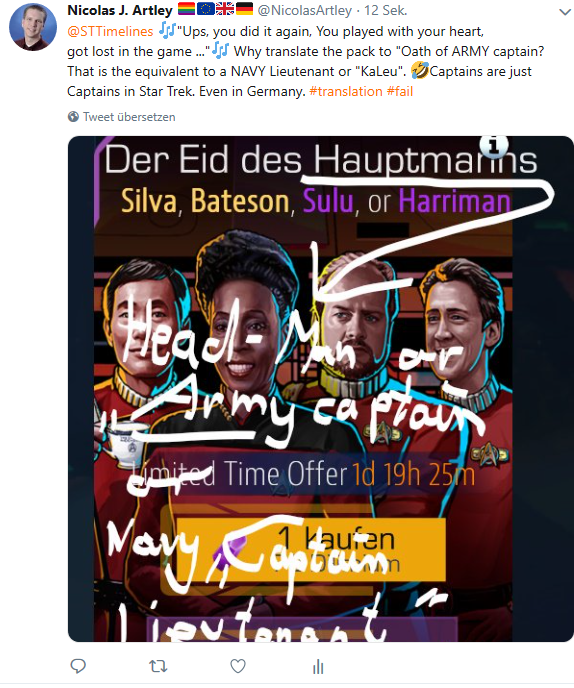 So @Shan
Thank you for your attention and maybe DB can invest also its time, to reduce these errors? Its not that difficult. I know you can!

Thank you for your considerations

(And some are funny and hilarious translation errors, wouldn't you agree?)
11