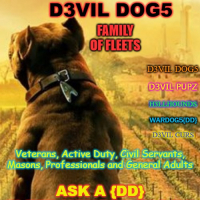 Chief Eud{DD}rick ✭✭✭
January 2019 edited January 2019 in Make It So!
OK...leaving out all the obvious issues that have been pointed out in other threads, lets have your Pie in the Sky, wild 'burro', it's never gonna happen suggestions for additions or improvements or even possible fixes to the game.

I'll start: How about a Ship Yard attached to the Star Base where you can , as a fleet, convert excess ship schematics to honor?
"Never teach a pig to sing. It wastes your time and annoys the pig" Lazarus Long, Time Enough for Love, R.A. Heinlein
8