Data1001 ✭✭✭✭✭
February 2019 in Engineering Room
In a previous thread, I mentioned that Pike's Enterprise appeared much larger than it should have, and upon further exploration of this issue, I discovered some anomalies which I thought worth reporting here.

Data1001 wrote: »
Somebody must've zapped her with an embiggener laser. This thing is the size of a freakin' space station. 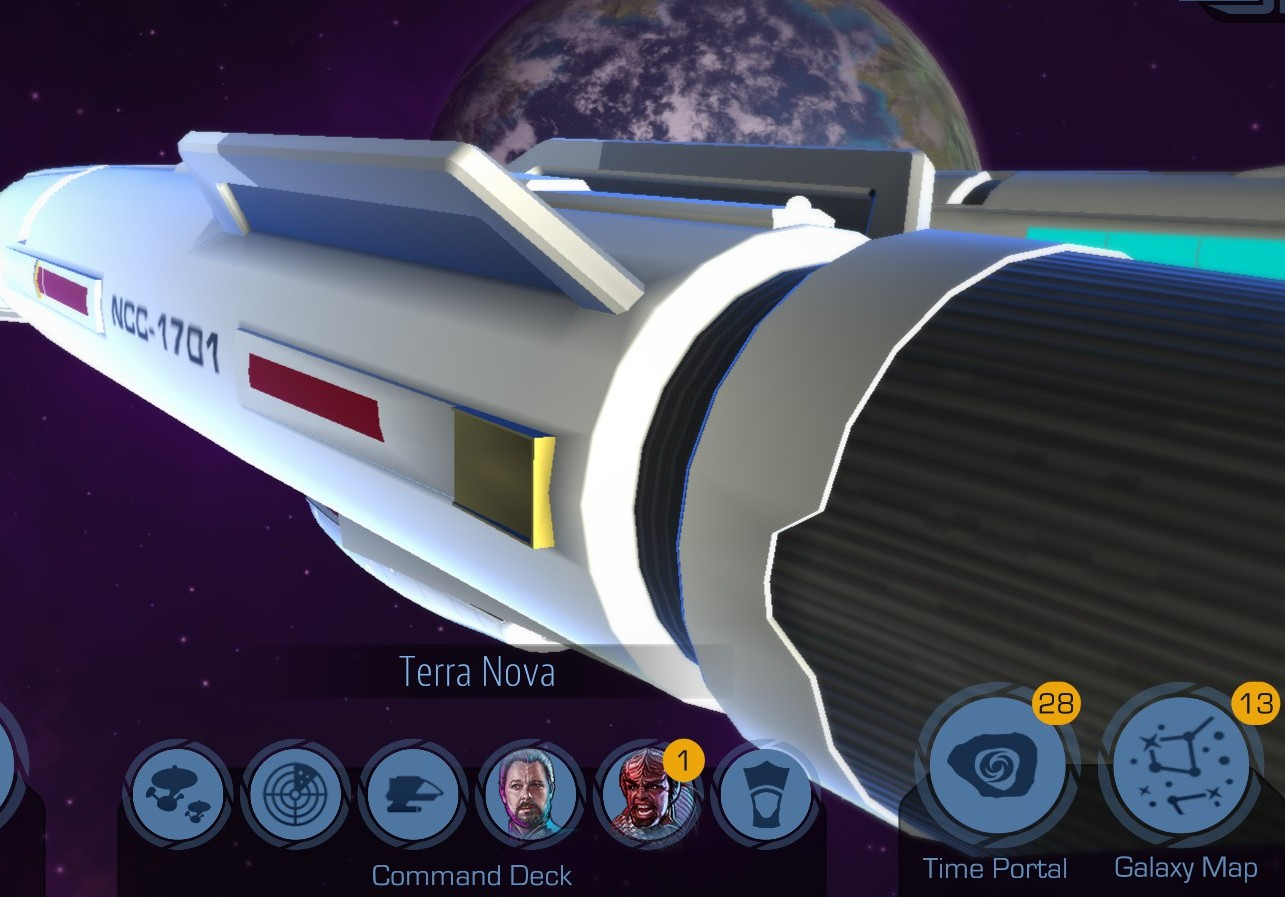 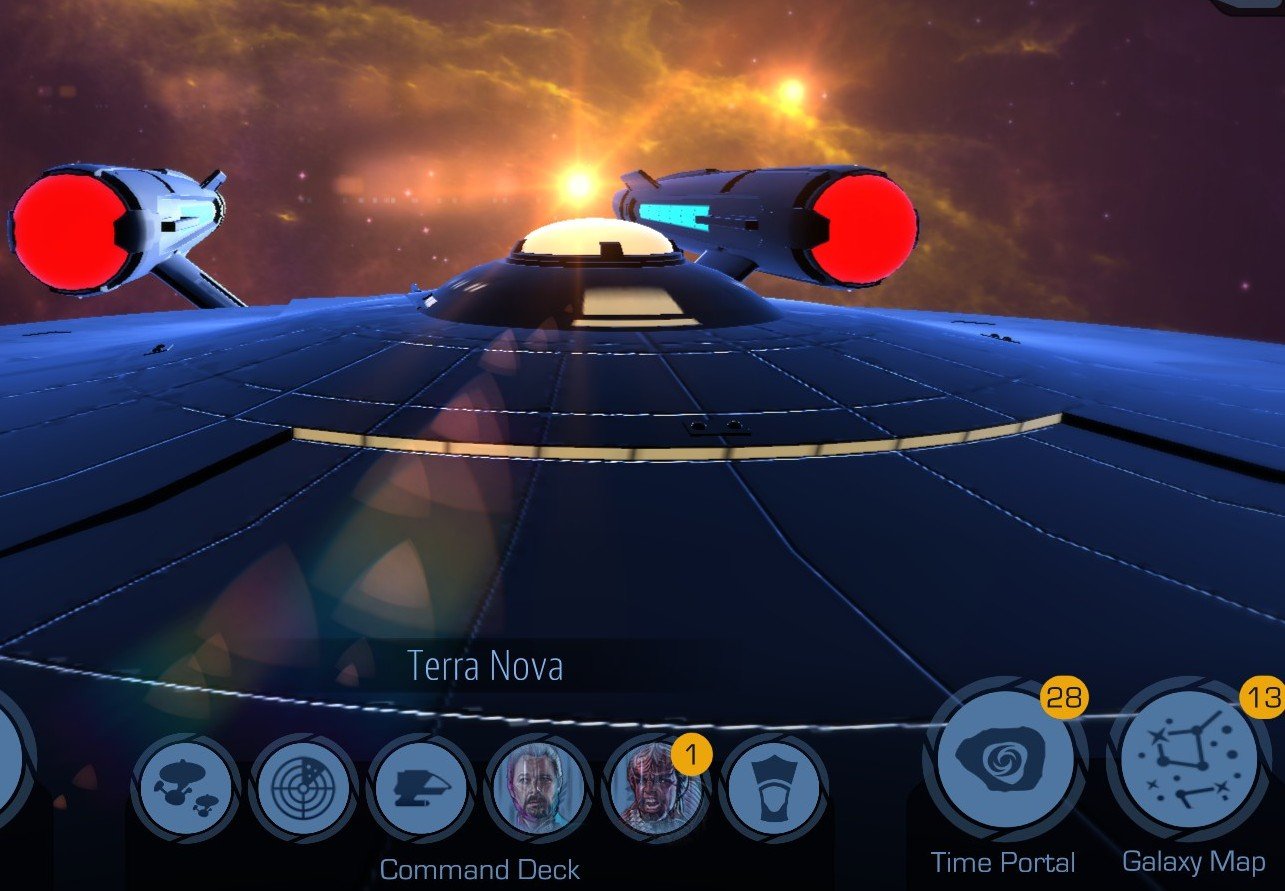 Edit: So, up until just moments ago, despite me traveling around with it to different planets, its size remained huge, as if it were zoomed way in. But just now, upon going to a different planet, the size reset to a more normal proportion. Haven't noticed that kind of thing happening before, but at least it's no longer bigger than my Borg Cube.

Edit 2: Okay, so I need to slightly amend my previous statement, based on some observations I made today. What was apparently happening before, immediately after traveling to a new planet, Pike's Enterprise was indeed a normal size. However, after doing some other task, I think it then became zoomed-in. Today, I tested this out a few times — went to a new planet, size was fine; then did an Arena battle (with a different ship, just fyi), and upon returning to the main screen, Pike's Enterprise was then embiggened. It also happens upon restarting the game or upon the first login of the day.


I have now tested this with a few other ships. To name a few: Discovery does not appear to have this problem, but some others do; and IKS T'Ong has it to a lesser extent (meaning, when it gets bigger, it's not so zoomed-in that you cannot see the entirety of the ship on your screen).

But the Klingon Sarcophagus has the same issue as Pike's Enterprise. With both of those ships, the first time you switch to them as your active (main) ship, they are enormous (zoomed way in). If you travel to another planet, the ships return to a more "normal" size. But after doing either an Arena battle or a Skirmish battle (with any other ship), and then returning to the main screen, they are huge again. Here's how my Sarcophagus looked after that: 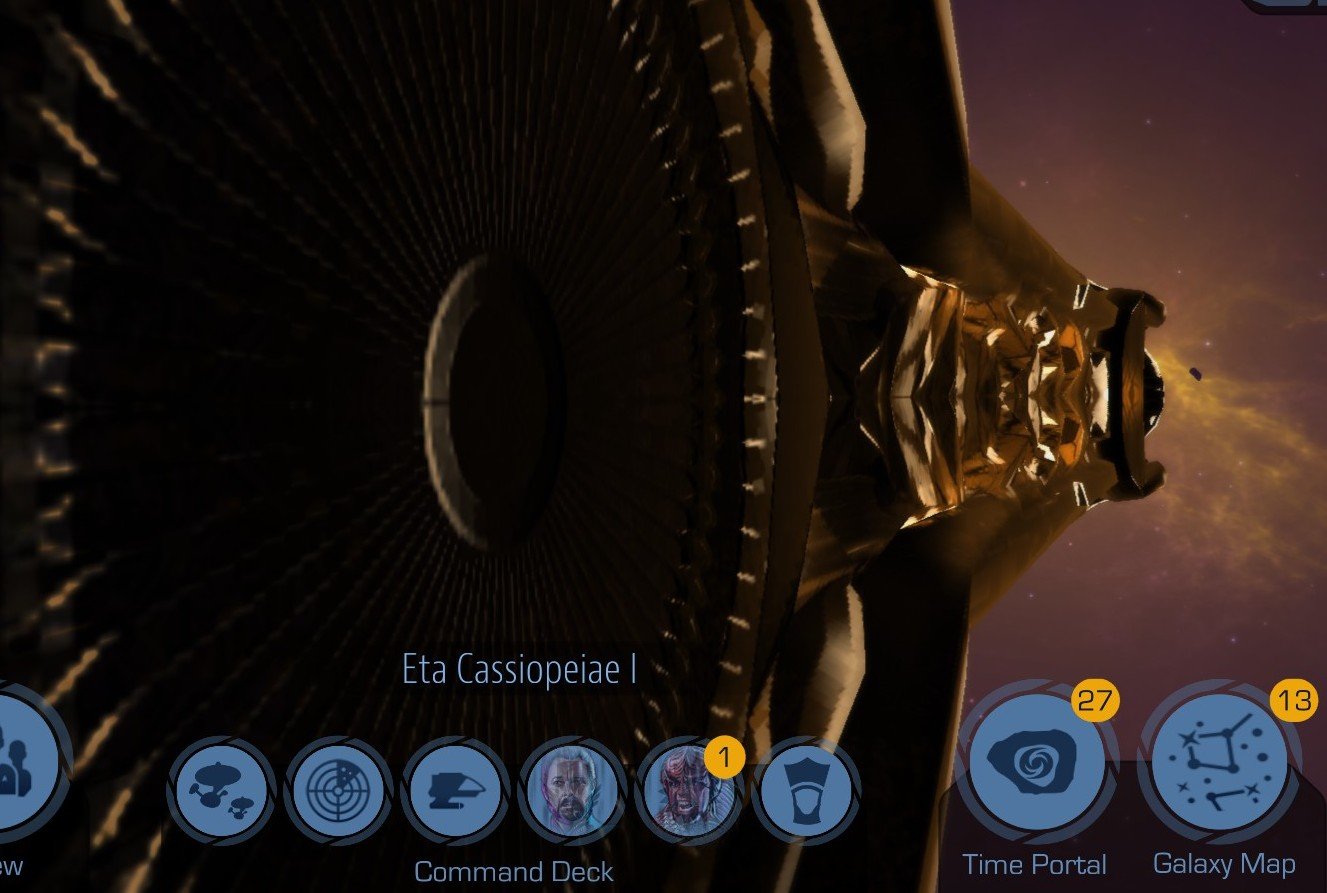 Again, I've only tested this with about a half-dozen ships. Some appear not to have the zoom-in issue at all (or at least not noticeably), others do zoom in after an Arena or Skirmish battle but not to the point where the ship becomes overly huge, and a couple others (Pike's Enterprise, Sarcophagus) experience this to a ridiculous degree so that the ship goes beyond the boundaries of the screen.

This of course isn't an issue that affects game play at all, and it's certainly easy enough to just zoom out when this happens, but as a wonky display issue, I thought it merited a report here in the Engineering Room.

Could you please continue the petty bickering? I find it most intriguing.
~ Data, ST:TNG "Haven"
1