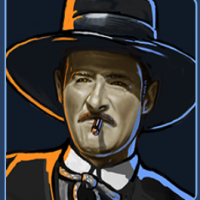 Gandozer {SoS} ✭✭✭
February 2019 in The Bridge
In UC a week ago, I stated it would be fun to see an Admirals Gauntlet, Admirals of the fleets competing in a gauntlet, now I know this would be very competitive and rather ruthless I imagine lol. But since then I have gotten some interest from people saying their Admiral's would be interested in such a thing. So I am starting this thread to see if there is enough interest from Admirals and perhaps they can organize such a thing with a forum posting of results for us all to see. I would think it would be great fun. Your thoughts.