Could we get a slider for Trainers?

MRNelson ✭✭✭
February 2019 edited February 2019 in Make It So!
I would like to see a slider implemented for using trainers on crew instead of the current method of holding in a button. Sliders are currently used for donations to the starbase, so it should be easy to implement. This would allow for more precise control over the trainers used.

For example, I find it particularly annoying to try to hold in a button to get exactly 28 of the 5* trainers to add to a crew member when going from Level 80 to Level 90, which takes 71,250 XP or 28 golds plus a bit more. While the first 10 start slowly, the speed increases after that. I don't know how many times I have gotten 22 or 35 or something else and had to cancel and start over trying to hit 28. 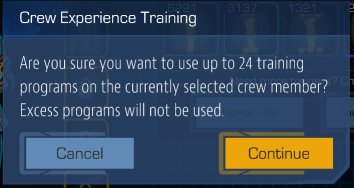 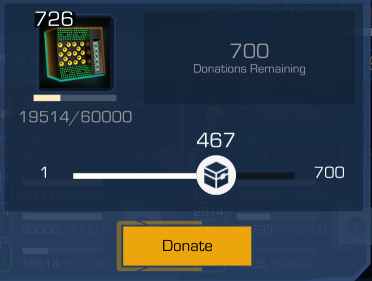