Something amiss in the Gauntlet

Commander Sinclair ✭✭✭✭✭
February 2019 edited February 2019 in Engineering Room
I know somewhere someone has reported a similar thing with regard to ONE trait not activating in a Gauntlet battle, but BOTH? Very bizarre error in the Gauntlet.

This is just a bug report, not an attempt for feedback or anything...

First, when selecting an opponent, I got a "invalid player" error message, and when I selected that player profile which showed them with a proper avatar and level 58 on the gauntlet screen, but when selecting the actual player to get their info, it came up blank; Level 1, name: Captain.

Okay, selected another opponent, that one seemed fine, entered battle, hit "continue" and my Dr. Richard Daystrom (FE, Level 100), with all traits fresh at 100% looked like this: 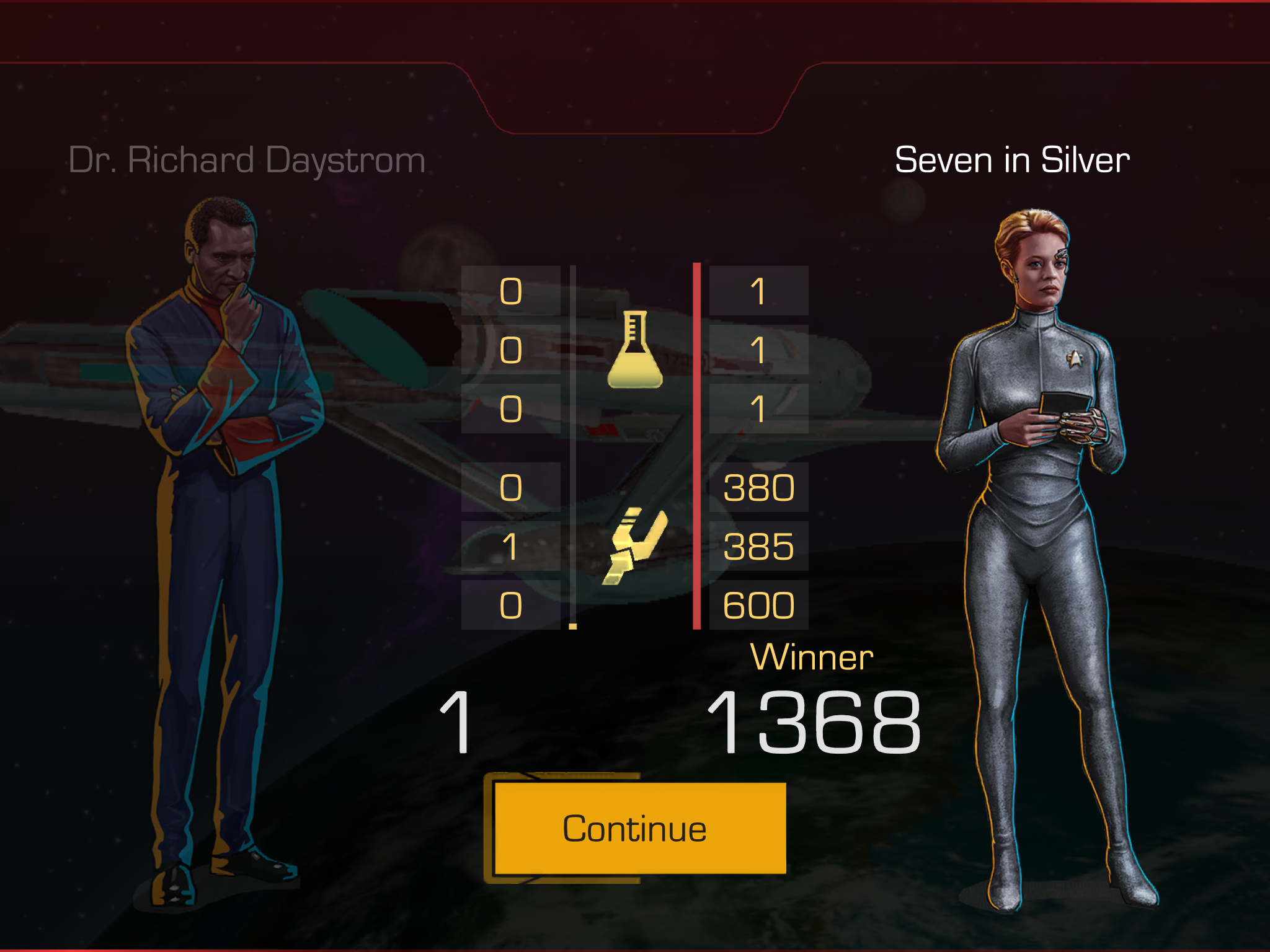 This battle should have been won easily by Daystrom, as the Seven in Silver had about half the skill stats. Instead, it killed Daystrom, naturally, so I did not have use of him for further battles in this session. 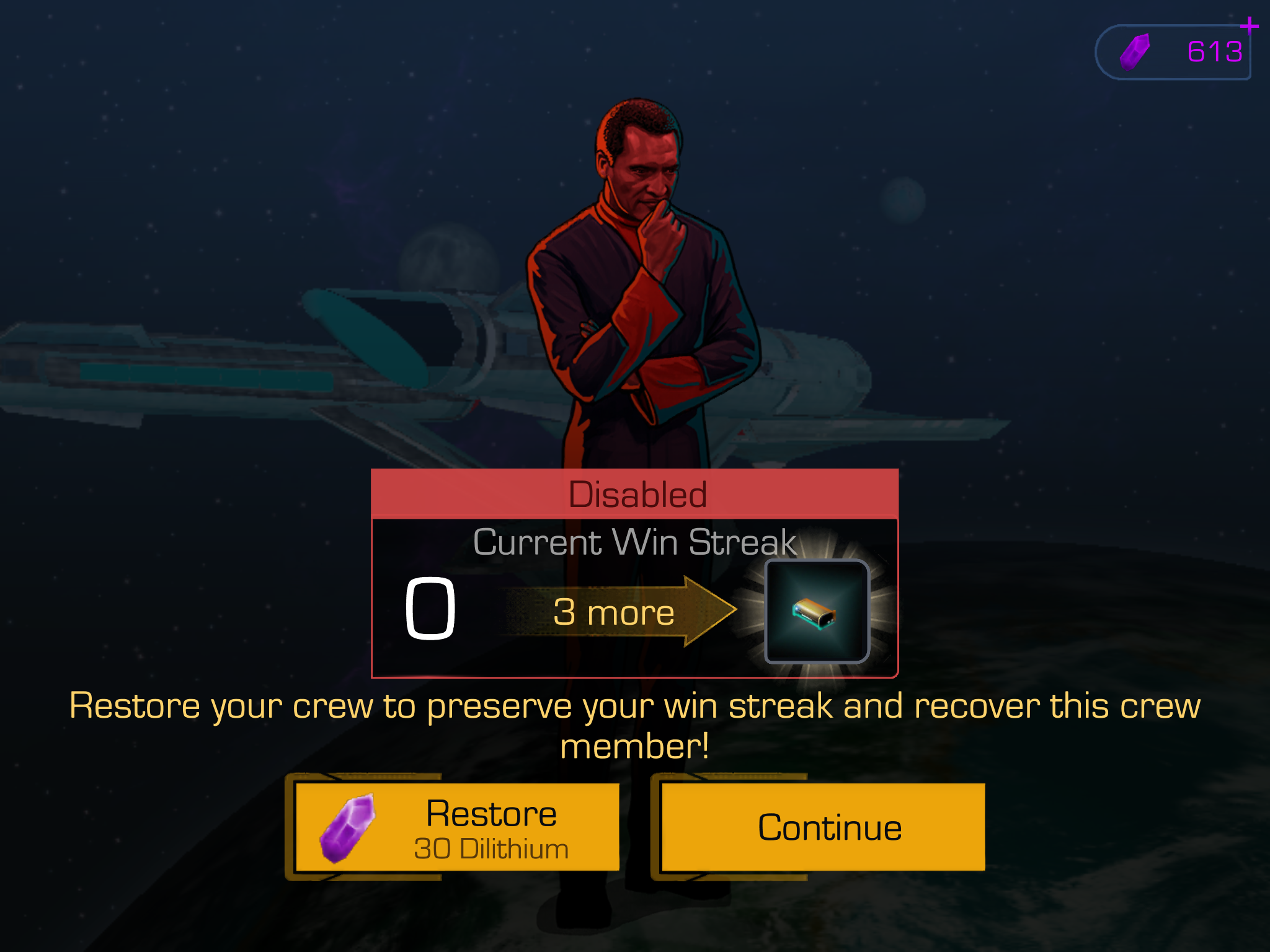 I am not sure what to do when errors start popping up like this, other than restarting the game.
I want to become a Dilionaire...
0