Amphistaff ✭✭✭✭
March 2019 edited March 2019 in Engineering Room
This has been an issue for as long as I can remember and I was hoping the UI update would have resolved it but apparently not. At least once a week I'll wake up and the daily missions won't reset. With the old UI you could click the button but it would be a mostly blank screen and none of the lines would fill in. On the new UI you can open it up and it will show you the Monthly Card, Chron Boost, and Daily Reward cards and you can actually interact with the daily reward one and claim it but the remaining daily missions don't display and won't until you restart the game.

Overnight I leave the game open to the gauntlet screens so that I can kick off a round as soon as I wake up. 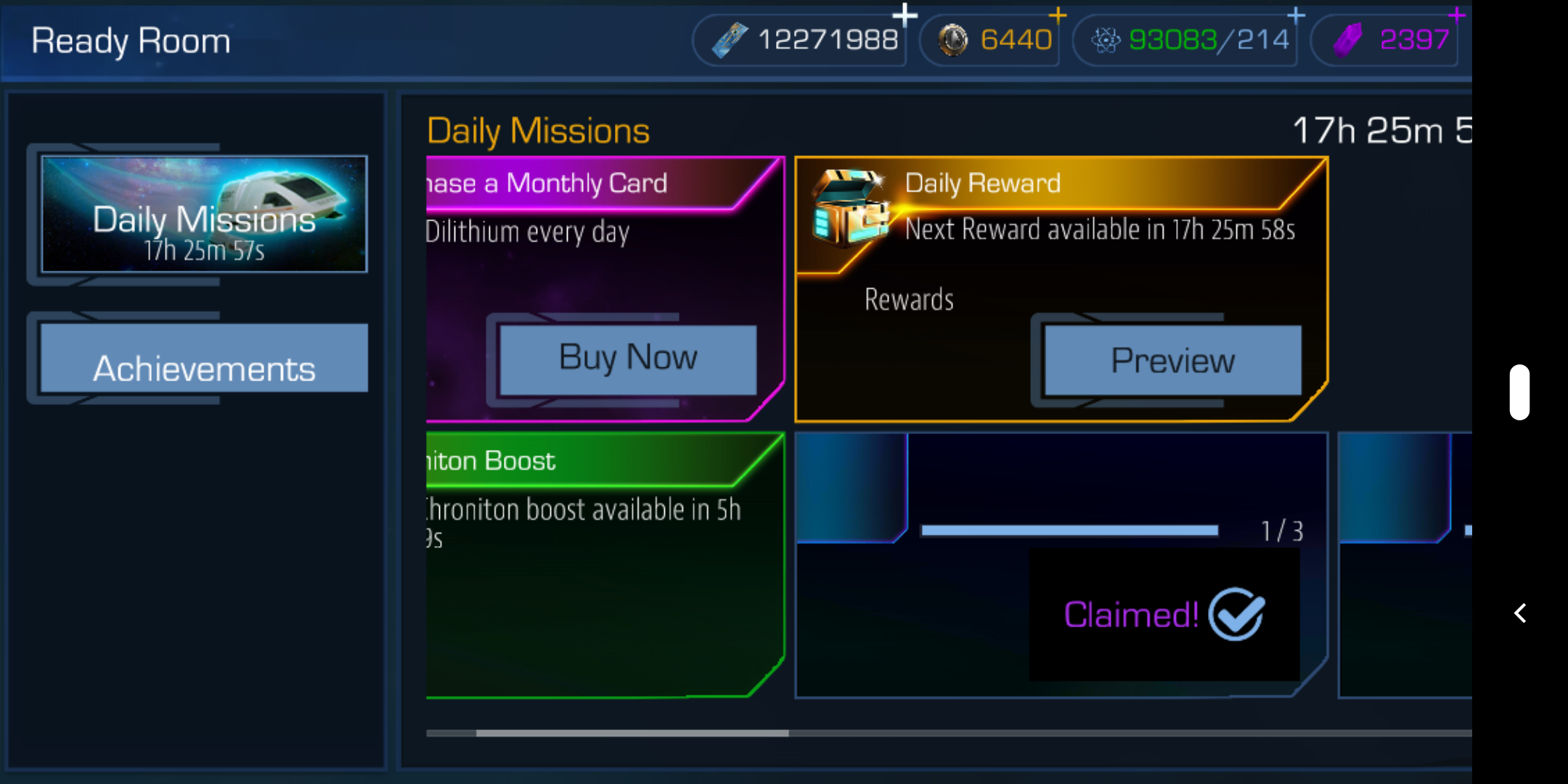