Shy Khan ✭✭✭✭✭
March 2019 edited March 2019 in Engineering Room
In attempting to build an item for Resistence Shakaar, I poured a number of chrons into Episode 9: Kicking the Nest, which was listed as having a 5/5 probability of having a Rare component Power Cell. Only after throwing about 100 into it did I realize it was a claimed component and shouldn’t have been in the list of missions for farming. 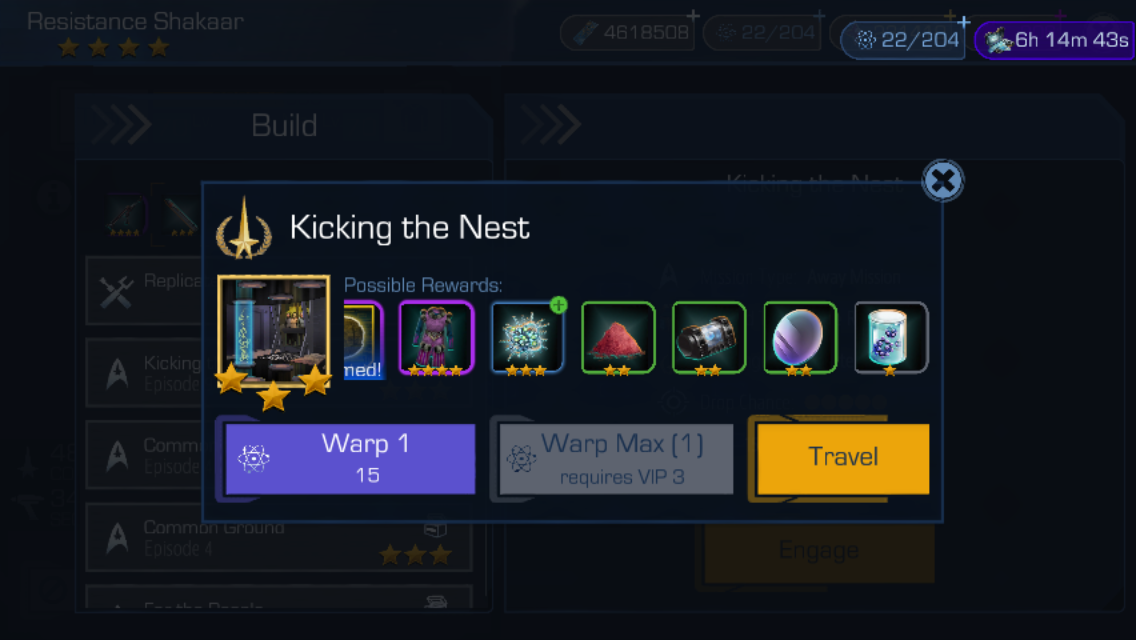 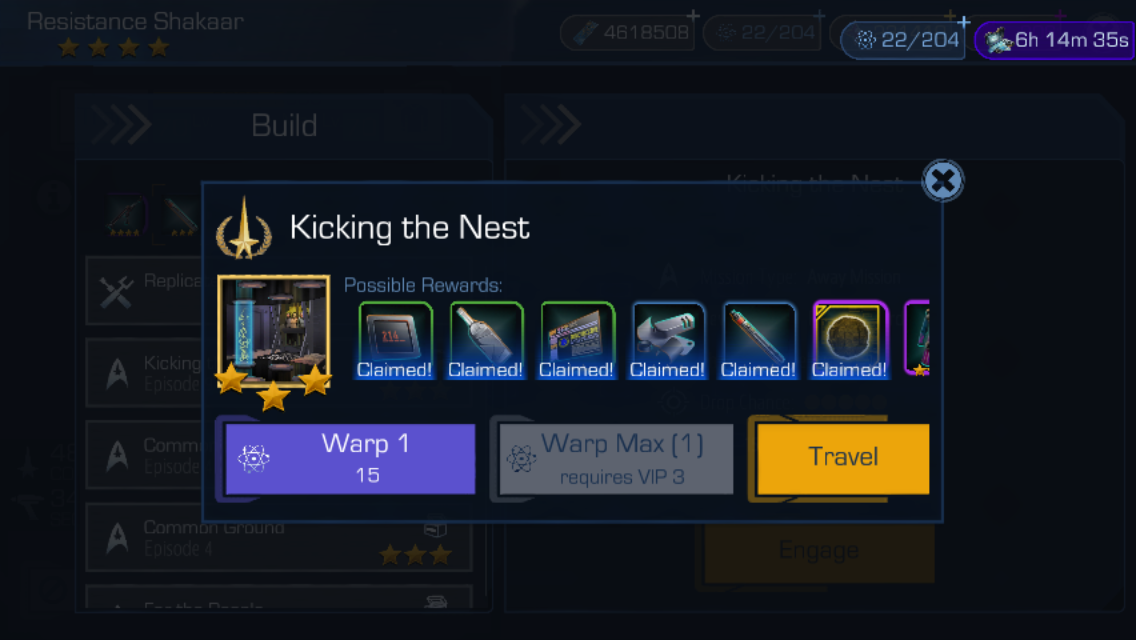 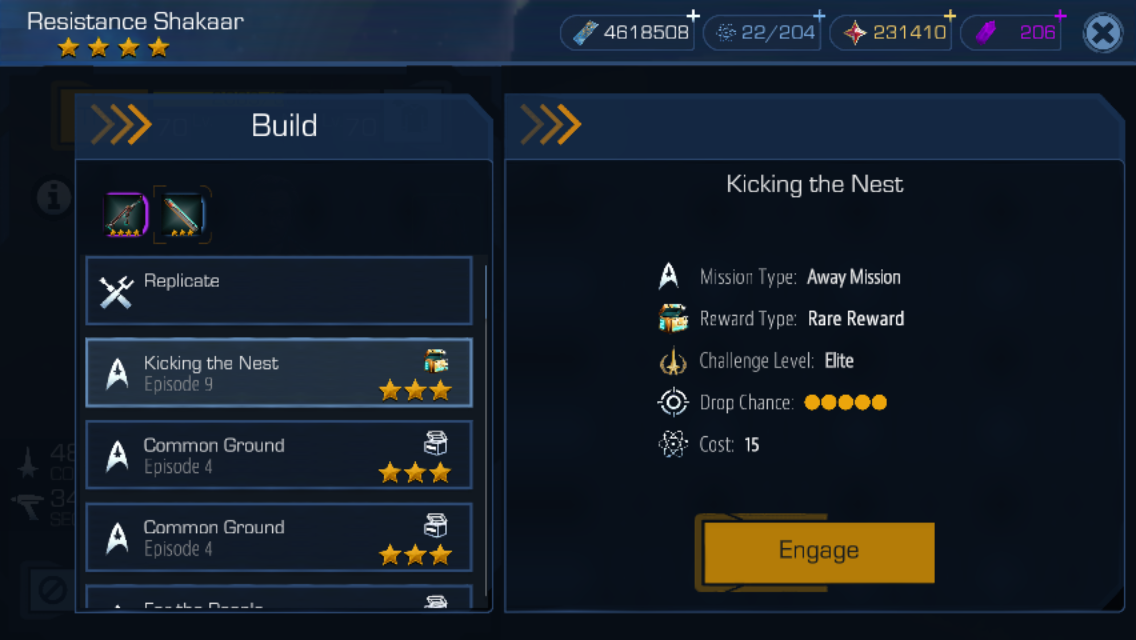