For a brief, glorious moment, I managed to get to the top of the Admiral Division in the arena Levster ✭✭
May 2019 in The Bridge
It probably took me longer than it should have (started playing November last year), but I finally got there. 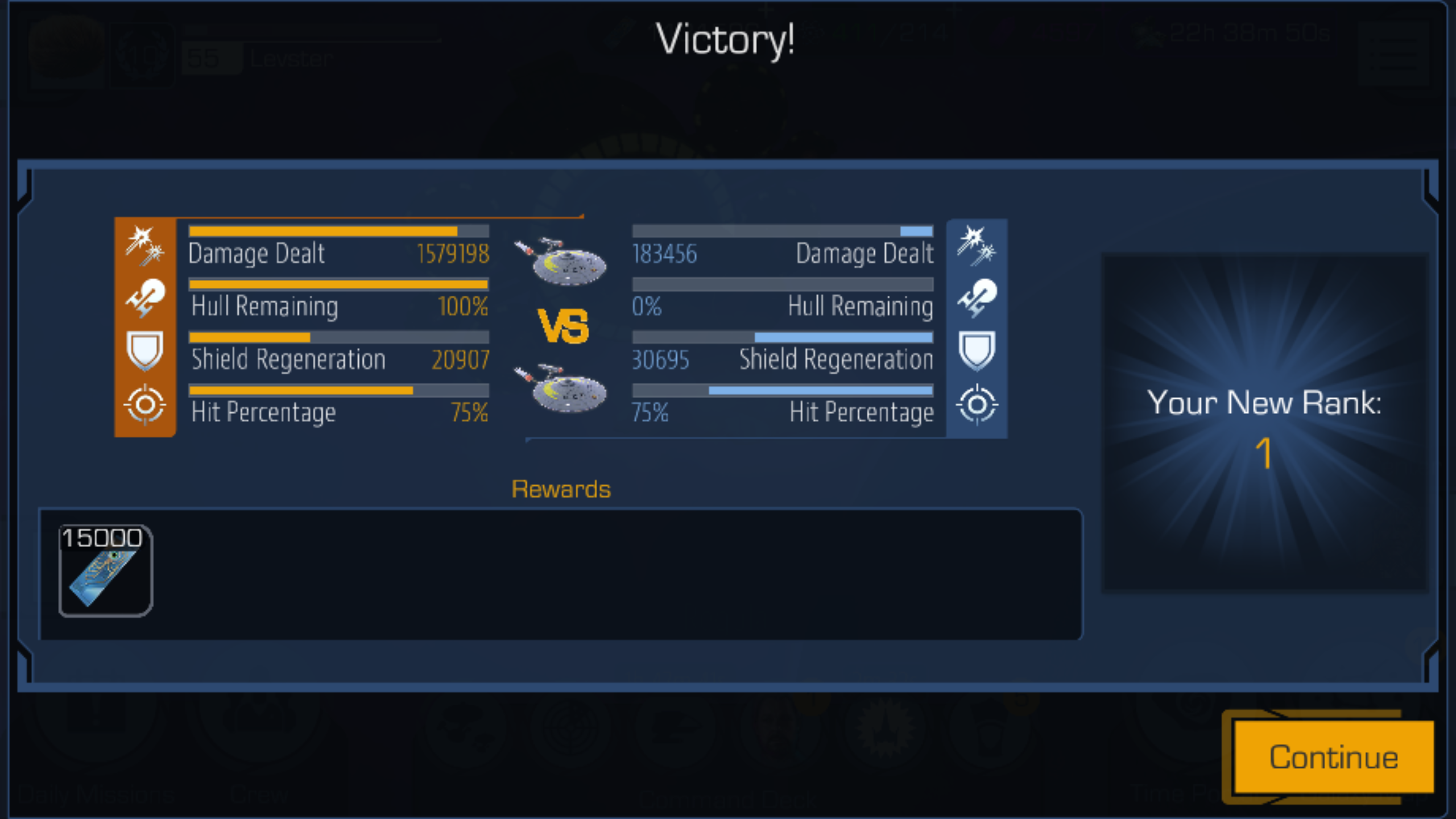 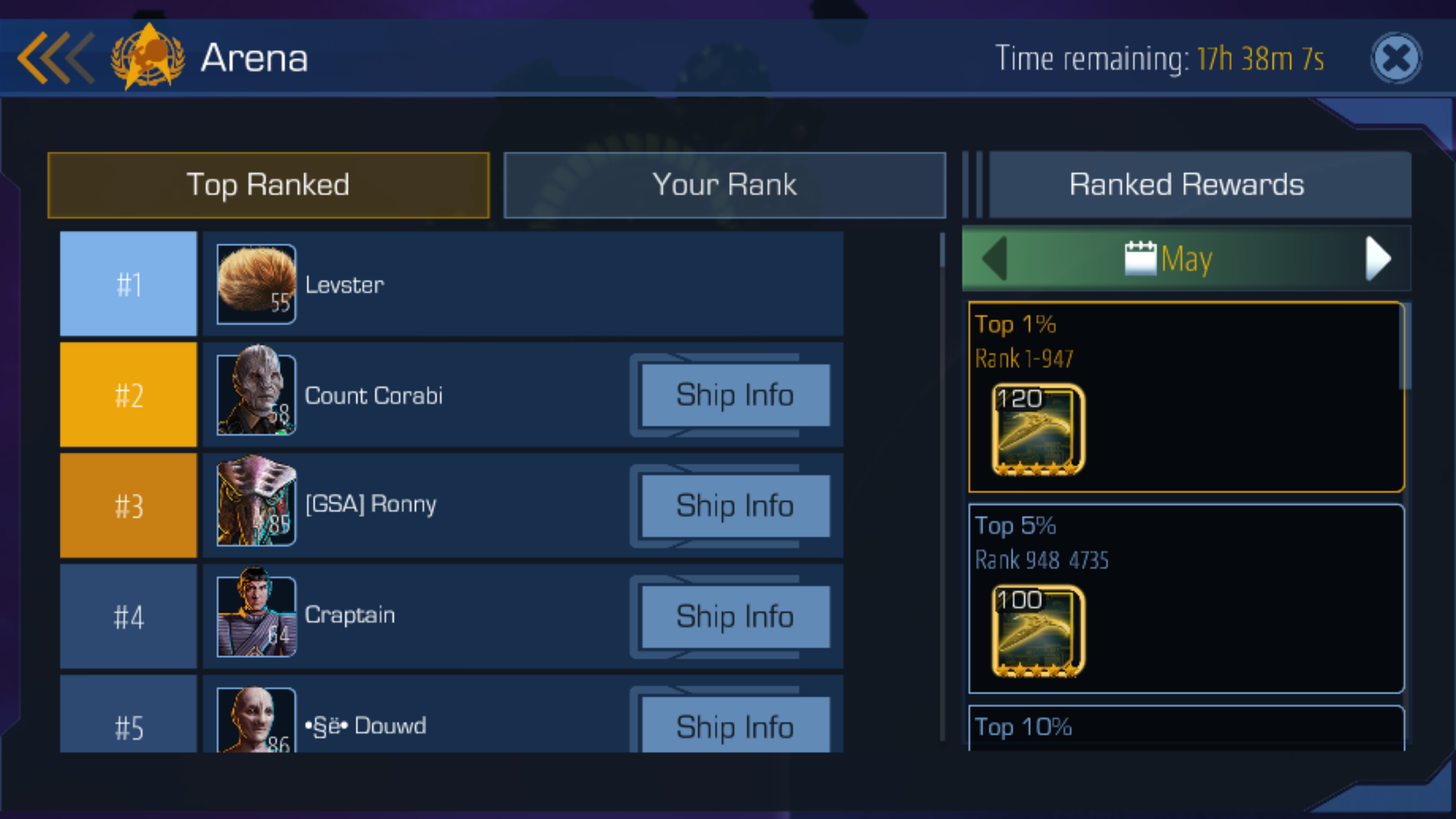 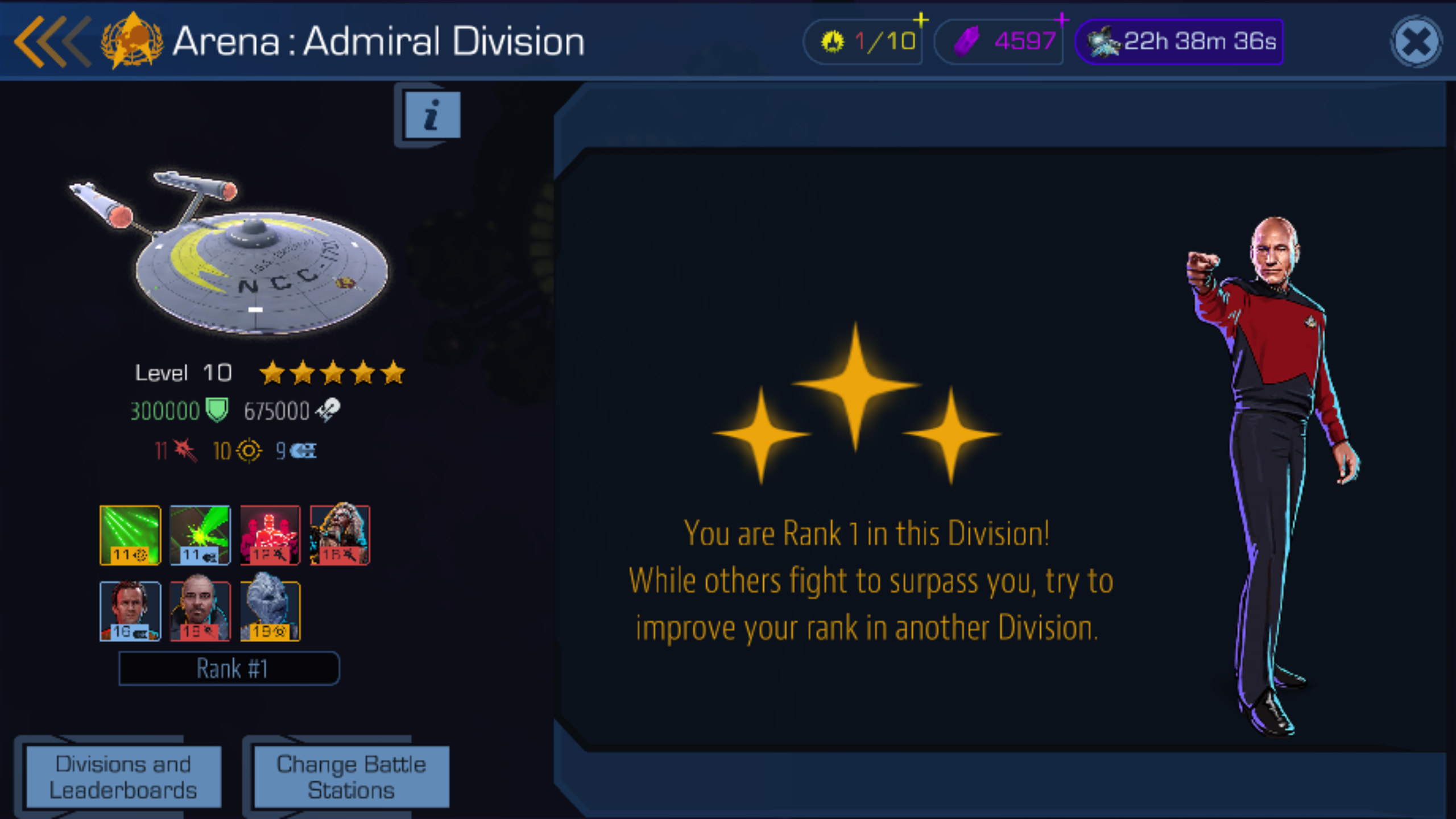 Tactics: use the crit rating, crit bonus and accuracy boost then blast them with 400% damage on 8 seconds, then activate Imperial Efficiency to speed up attack. If that hasn't won it, then on second 10, activate Rotate Warp Nacelles to reduce any incoming damage and activate Assault Team to deal boarding damage. By second 12 most enemies are destroyed.

I was using Defiant Commander Worf with his +2000 crit rating bonus and his +6 accuracy, along with The President of Earth for an extra +10'000 crit bonus, but both these characters have a 12 second initialisation and about half the time I was usually destroyed before they could get activated. Hence, the move to Dahar Master Kor and Grathon Tolar, who both initialise a lot sooner.
7