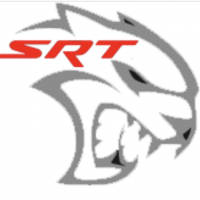 {ACE} MulezSRT -Rear Admiral ✭✭
October 2017 in Make It So!
I am not sure if this has been brought up, but I would really appreciate it if featured crew requires items that can only be obtained by running a faction mission, please update the game so that the faction that crew member needs is featured. I am tired of needing holoprograms that is only obtainable through Section 31 factions for the just released featured crew and this event is only running Federation faction events. I would think it logically that the three event crew that is released before an event could get updated during the event because the faction they need is also featured. I know that sometimes I can collect some items in cadet challenges or the faction store. But when you are out of cadet tickets and you need like 6 of them, this just never made sense to me.
MulezSRT
Rear Admiral
Section Chief, External Media
Serving in {ACE} ALLIED COMMAND ELITE
Member of BOOTL{ACE} Squadron
www.acefleet.space
ALLIED COMMAND ELITE Facebook Fan Page
0