4 citations, and where to put them 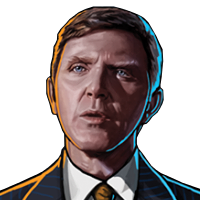 [TFA] CaptainObvious ✭✭✭
September 2019 edited September 2019 in Ready Room
From the author who brought to you 3 citations, and where to put them... The input I received from the community during my last post was invaluable, and since I am standing at a crossroads again, I hope to find some useful advice here once more. At the end of the current campaign, I will have one citation and enough honor for three more. Reading back, I am amazed how much my roster has developed since then, and there is hardly any combined skill not dominated by several FF legendaries. I am probably lacking most in SCI (still), DIP and CMD (surprisingly). I have also acquired several of the top voyagers in the past weeks, which makes the decision on where to put my honor not easier. These are the current contenders:
SCI: Surak, Survivalist Kirk and 4/5 Armus are the top combined cards

DIP: I live off of strong secondary skills. The top combined are Minuet, and two immortal Guinans; best base is already the 3/5 Professor Sato, in front of Cornwell and Etana Jol, and then purples.

CMD: Mirror Picard and the Borg Queen have dominated here for years, with Captain Spock mixing it up recently. Here I too live off of strong secondaries, especially from the SEC-crowd. There are also no real citation contenders here, apart from 1/5 Kahless.

Apart from the obvious weak spots, there are several cards that would enhance already strong skill sets, but just might be too good to pass up on. Also, these could be partially spread out instead of concentrating on just one crew.
Other options:

Currently, I am struggling between three options: Citing Tainer all the way for raw voyage potential and SCI depth. Citing Quark all the way for the same reasons, but in DIP, plus the rare skill set. Or citing Q, Sisko and Sato for the highest overall impact on my roster. Any input is greatly appreciated!
0