What's up with ENG proficiency numbers? 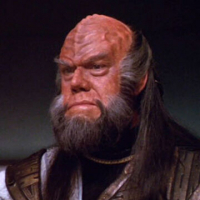 Hemlock Martinis ✭✭✭✭
January 2020 in The Bridge
I doubt I’m the first person to notice this, but I think I’m the first to write about it at length. Five of the six skills are fairly balanced when it comes to proficiencies and the Gauntlet mode. But there’s been a strange drought of new high-proficiency ENG crew over the past few years. The resulting imbalance is bad for the Gauntlet mode and bad for the game. I hope this analysis shows the scale of the problem and the need to change it.

Let’s start with the numbers. (All of these figures are from the community-maintained spreadsheet.) The #1 ENG proficiency is currently held by the Caretaker, a Gauntlet-exclusive crew. His proficiency average of 689 is a whopping 198 points higher than that of Captain Scott, who holds the second-highest ENG proficiency average at 491. This gap is almost four times larger than the gap between the #1 and #2 proficiencies in every other skill.

That 198-point gap between is an outlier by any metric. The other five skills are far more evenly distributed. In CMD, for example, there are 26 crew with average proficiencies that fall within the gap between the #1 spot and the one 198 points lower. That same gap covers 17 crew for DIP, 19 crew for SCI, and 14 crew for MED. (SEC is something of an outlier here: its distribution is so smooth at the upper levels that 48 crew fall within the 198-point gap.) Taken as a whole, it's bizarre that there aren't at least a dozen ENG-primary crew whose proficiency average falls between the Caretaker and Captain Scott.

This has a tangible impact on gameplay. Simply put, no other ENG-primary crew can consistently compete with the Caretaker in Gauntlet match-ups. Remember that Captain Scott literally has no secondary proficiency score—a unique feature among all 5* crew. The head-to-head results show the depth of the problem. In ENG/MED, the Caretaker’s average (989) is almost three hundred points higher than the second-place tie between Leonardo da Vinci and Defensive Phlox, who each have an average of 703. What’s particularly striking here is that Defensive Phlox is actually MED/SCI/SEC. The top ENG/MED champs, in other words, are mostly just the top MED champs. That’s how bad the ENG proficiency drought has gotten.

In ENG/SCI, the Caretaker’s average (1098) is slightly more balanced by the presence of Seven of Nine, who has a 1028 average. It also helps that Borg and Civilian are common Gauntlet traits. Survivalist Kirk’s 976 average also brought some much-needed diversity to this match-up. But there’s still room for improvement: The rankings currently go from old two-skiller Dr. Richard Daystrom in fourth place (958) to Rain Robinson (782) and Jett Reno (781) in fifth and sixth place, respectively. As with MED, however, note that besides the Caretaker, this is largely a contest between SCI-primary crew.

It’s tempting to think that the Caretaker might simply be unbalanced. Indeed, he has a lot going for him. ENG/MED/SCI is one of the rarest skill combinations in the game, no matter the order. He’s Gauntlet-exclusive, giving long-time players an edge over newer and unluckier ones. He still has top-tier Voyage numbers. And, as already noted, he’s a Gauntlet beast. But the problem here isn’t actually the Caretaker. He ranks #7 in the overall Gauntlet stats and sits a full 259 points lower than Locutus of Borg. It’s his lack of competition in the ENG proficiency space that’s the problem.

Locutus is actually a pretty useful comparison here. His high DIP proficiency (707 average) is only 16 points higher than that of Chancellor Gowron (691 average), with Mambo Picard (683 average) and Bartender Guinan (651 average) close behind. Locutus’ overall stats make him a valuable asset to any Gauntlet stable, but there are plenty of other crew that can challenge him, especially if they get a favorable trait spread. There are no similar counters for the Caretaker when it comes to ENG. That gives players little incentive to exclude him from their Gauntlet teams, especially when ENG is the primary stat. The result is a flatter, more boring, and less enjoyable competitive field.

I don’t think the ENG proficiency drought is intentional on DB’s part. My guess is there’s been a conscious effort to add more high-base ENG crew over the past year, including Tribble Herder Scotty, Queen Po, Determined Janeway, Seven in Silver, Ishan Chaye Sisko, Laborer Kirk, and so on. Focusing on creating new ENG crew that would be good for Faction missions and events may have left other attributes overlooked. Indeed, there’s also no comprehensible reason to leave such a strange disparity in ENG proficiencies. I doubt it’s making them any money.

I decided to dig into this at length after seeing Torpedo Surgeon McCoy and the new ENG-primary Kirk and Sisko over the past month. Their skill orders and relatively weak proficiencies left me worried that DB will keep missing prime opportunities to end this drought. Indulgent Seven is pretty good proof that they read this forum and listen to us, so I’m hopeful that they’ll take steps to fix this once they learn about it. Ideally, the next few ENG-primary 5* crew should be tilted towards high proficiencies instead of high bases. They don’t need to be better than the Caretaker, but they need to be able to compete with him in some way.

We’re also long overdue for a new Honor Hall crew: Kahless the Unforgettable came out in April 2017, Captain Beverly Picard came out in March 2018, and nobody else was added in the spring of 2019 or thereafter. The next one should be ENG-focused with overall proficiencies somewhere between the other two options. Possible choices include Ira Graves, Henry Starling, and Arturis. And if there aren’t any 5* ENG crew on the horizon that could help end the drought, high ENG proficiencies at the 4* level would be a good stop-gap measure. Four of the top 10 MED proficiency crew are 4*, so there’s a precedent to take the same approach here. This wouldn’t be a permanent solution, of course, but it would be a good first step.

I hope this is helpful and interesting to whoever reads it.
13