Commander Sinclair ✭✭✭✭✭
January 2020 in Make It So!
This game is, by design, just collecting, and playing and 'winning' various parts. There is no negative variant, by which I mean no consequences to negative things happening (with the minor and useless exception of falling down the Arena leaderboard when you aren't there to defend your spot)

What if... while on a Voyage, during a Hazard that you actually fail, you LOSE items from your inventory? Obviously I am sticking with inventory items identical to what you achieve in the Voyages, we would never want to sacrifice premium items like boosts, citations, etc.

So sacrificial items would be just 0-2* equipment or components.

I mean, even if/when they fix the inventory cap, all that stuff in the cargo bay is still just stuck there, and will never go away. Why not have a way to "space" it? 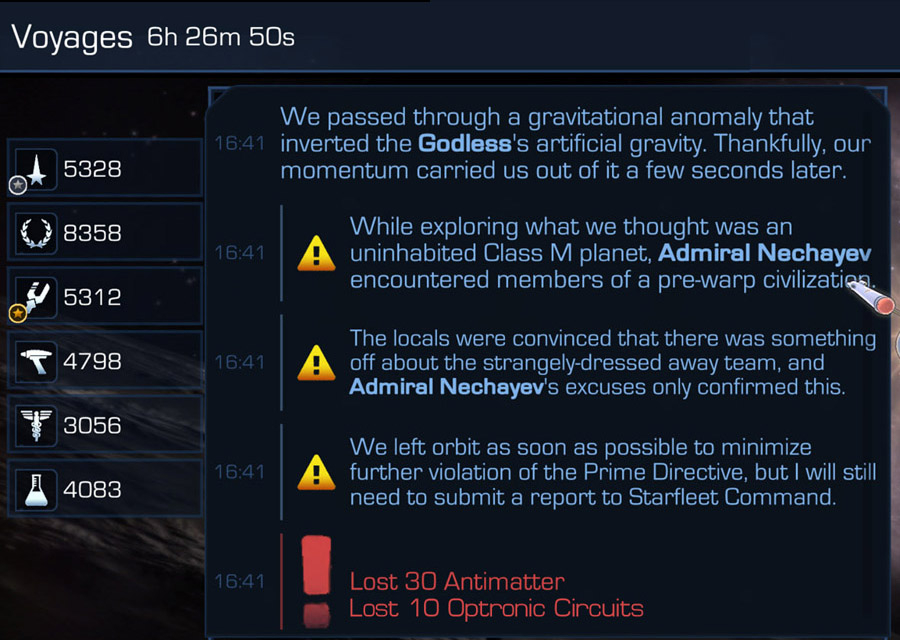 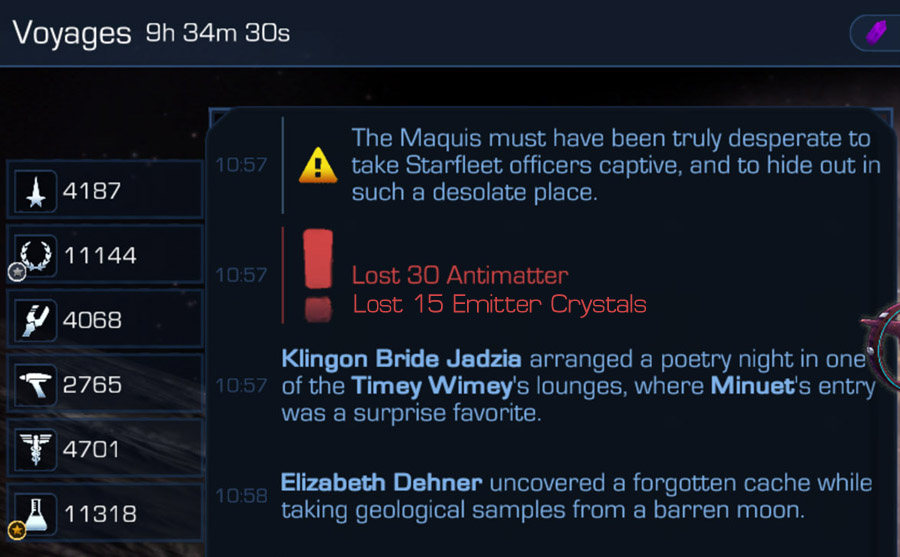 Now, the next step might be too much for some of your brains to handle, but to help us "mix it up" a bit, maybe after a Voyage that particular crew is "tired" from the long Voyage, like in Expeditions, they have lost X% (25%?) of their usefulness for maybe 12 hours. Gauntlet is never affected by this, but the rest of the tasks might be, such as Arena, Episodes and Faction Missions.

I think it would be win-win, alleviating the staleness a bit and also giving us a way to "expend" useless cargo.

Additional idea just hit me, have a place in the Voyage startup screen to "fill the cargo bay", for supplies to be expended/used, and also to add extra AM? Just like trainers, it could be a set number based on level of item, so you have a cargo bay that holds 250 x 0* items, but also would be filled by 150 x 1* items, or 50 x 2* items.
I want to become a Dilionaire...
0