marcuscat ✭✭
January 2020 in Past Anomalies
Ok so the past few weeks I been having a bug claiming the last daily missions when I complete. The screen just locks up and usually a refresh of firefox fixes that and I show that I recieved the reward. Well today that happened again. So I did a refresh. Only problem is I went to claim the campian rewards and I can. I am getting an error when I click the daily rewards button. 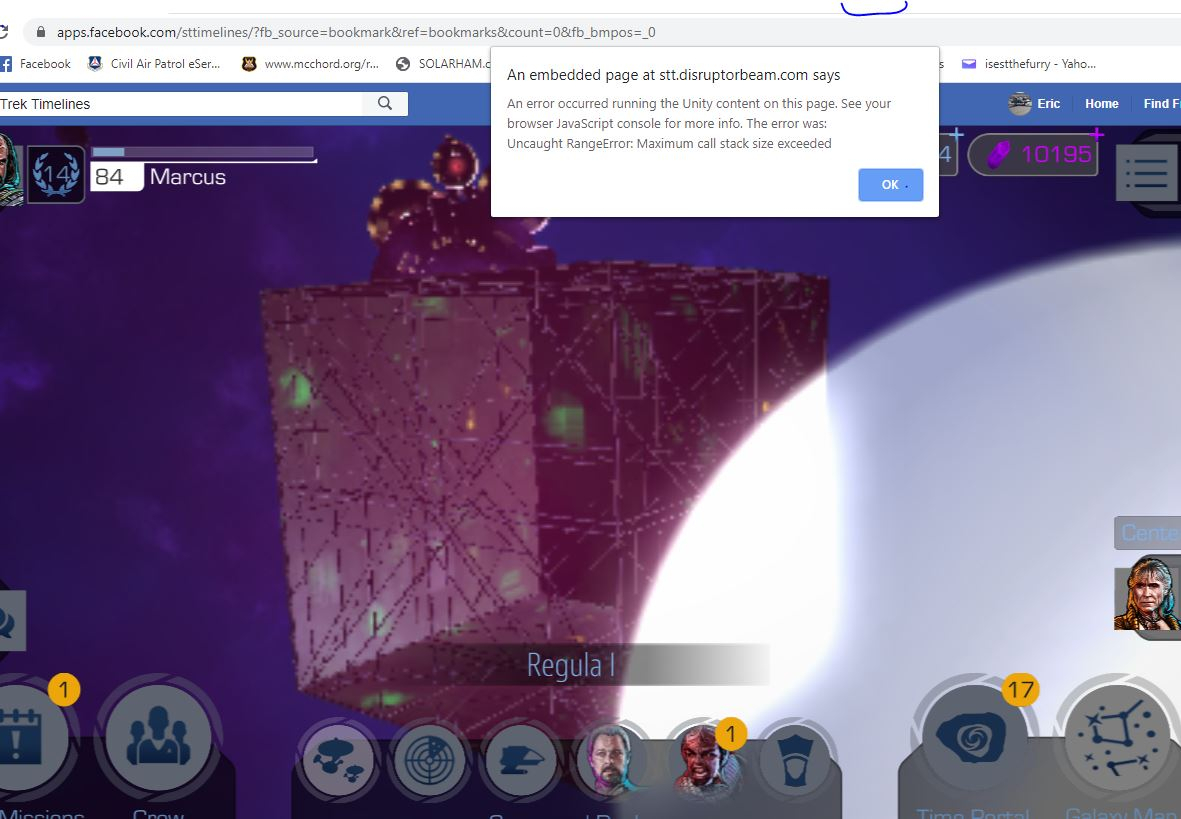