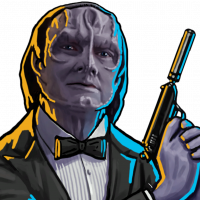 [10F] Captain Idol ✭✭✭
January 14 in The Bridge
Gooooood afternoon. I had previously posted this in "Most Wanted - Ship And Crew" but I got urged to give this database it's own thread.

This is a very, very, very large spreadsheet containing names/images of what I think it 95% of characters in Star Trek history that has not been included (yet) into the game. Please take a look!

If there are any missing, please post the name (the wittier the better) with an image and I shall include it into the document!
Enjoy!
Author Of The Little Book Of Cadet Advice
Captain Idol's Datacore Analysis Sheet
Ten Forward Loungers - Give Your Best, Get Our Best!
Check out our website to find out more:
https://wiki.tenforwardloungers.com/
10