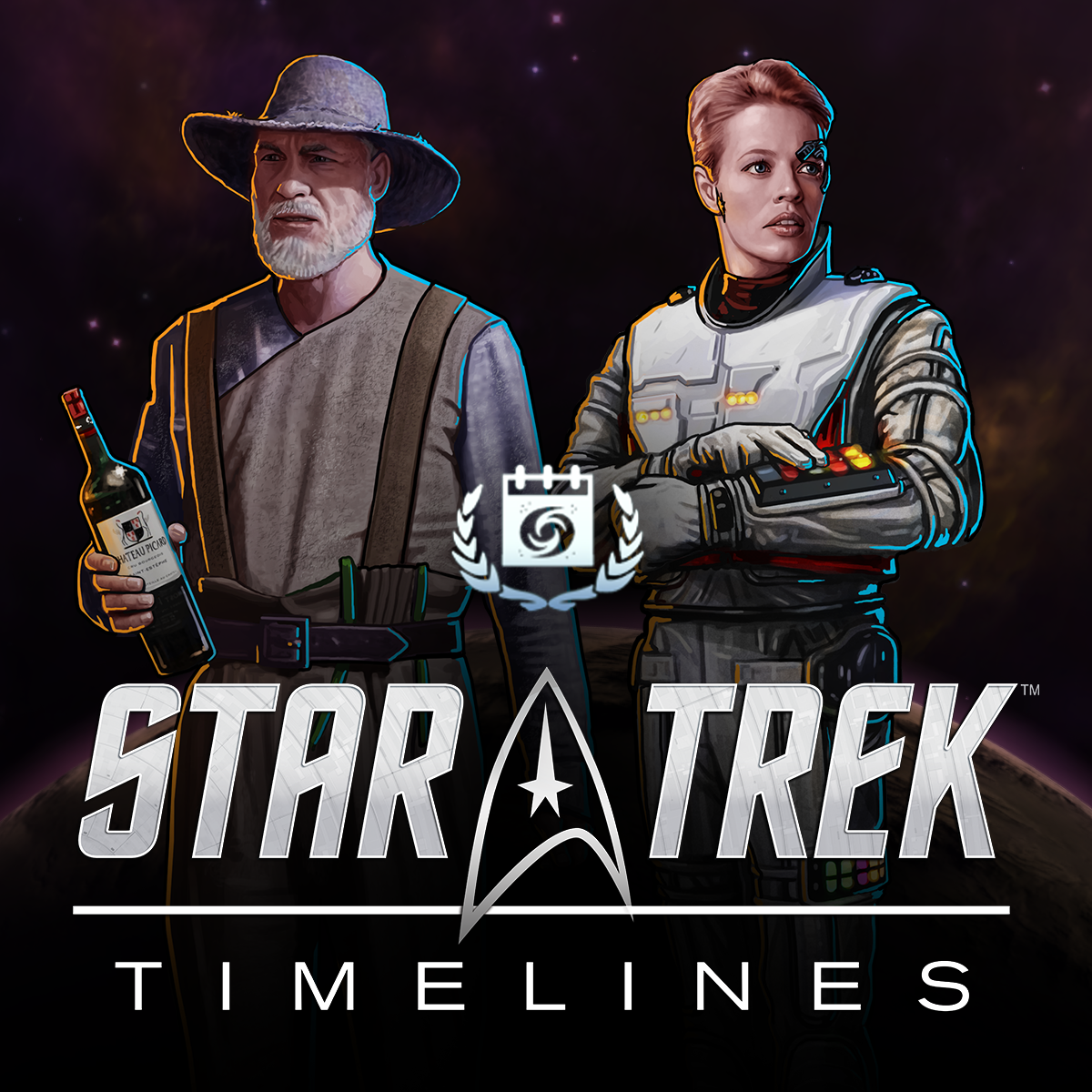 Our first campaign of the year starts on the same day as the highly anticipated new Star Trek:Picard series!

As such, for our “Continued Missions” campaign, we saw it fitting to feature two key characters from the Star Trek universe who will now cross paths in the upcoming new series, Picard and Seven of Nine.

The featured crew for this campaign will be: Irumodic Syndrome Picard 4 * for the standard reward track, and EV Suit Seven of Nine 5* for the premium track.

Irumodic Syndrome Picard’s science skill can punch above his rarity, and he also brings a full Starfleet career of diplomatic and command skills. With the Cultural Figure and Gardener trait, you might have to bring him out of retirement for some shuttle missions. Finally, he features in the Valor In Combat collection.

EV Suit Seven brings a mixture of science, security, and command skills on away team missions. Her Hunter and Astrophysicist traits can help out on voyages or events, and she also features in the Resistance Is Futile collection.