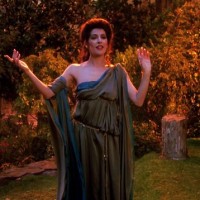 guest_730996841840640 ✭✭
January 2020 in Ready Room
Because of the Honor Specials, I’ve collected three Legendary Honorable Citations. Now the choice is how to spend them! I have two golds I could immortalize:

I also have several highly-rated golds at 1/5 who might benefit from another star:

Finally, some frequently-used crew at 3/5:

I’m not going to list every 5/5 I have…but on their own merits, who would you cite? Any advice appreciated!
"Risk! Risk is our business. Risk is what this starship is all about."
-Captain Kirk, ST:TOS, "Return to Tomorrow"
0