Picard and Number One should have "Federation" Trait 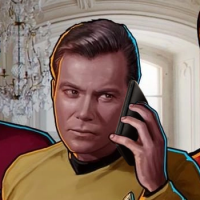 /SSR/ AHSOG ✭✭✭
February 5 in Engineering Room
Picard is retired from Starfleet, but he should still have the "Federation" trait as he's still a citizen.