Burnham, Michelle ✭✭✭
November 2017 in Ready Room
So mucking about with shuttles on my secondary account I noticed an apparent "boost" to the first person assigned to a shuttle. ie it looked as if they pushed the slider up further than the next assigned crew, so I picked crew with only one of the traits required for the slot and I got some weird values. I'm guessing the first crewperson assigned gets a "boost" of 10-15% and the others don't. Can anyone explain this for me? Does this boost actually apply or is it for visual purposes only? Why does it even exist? 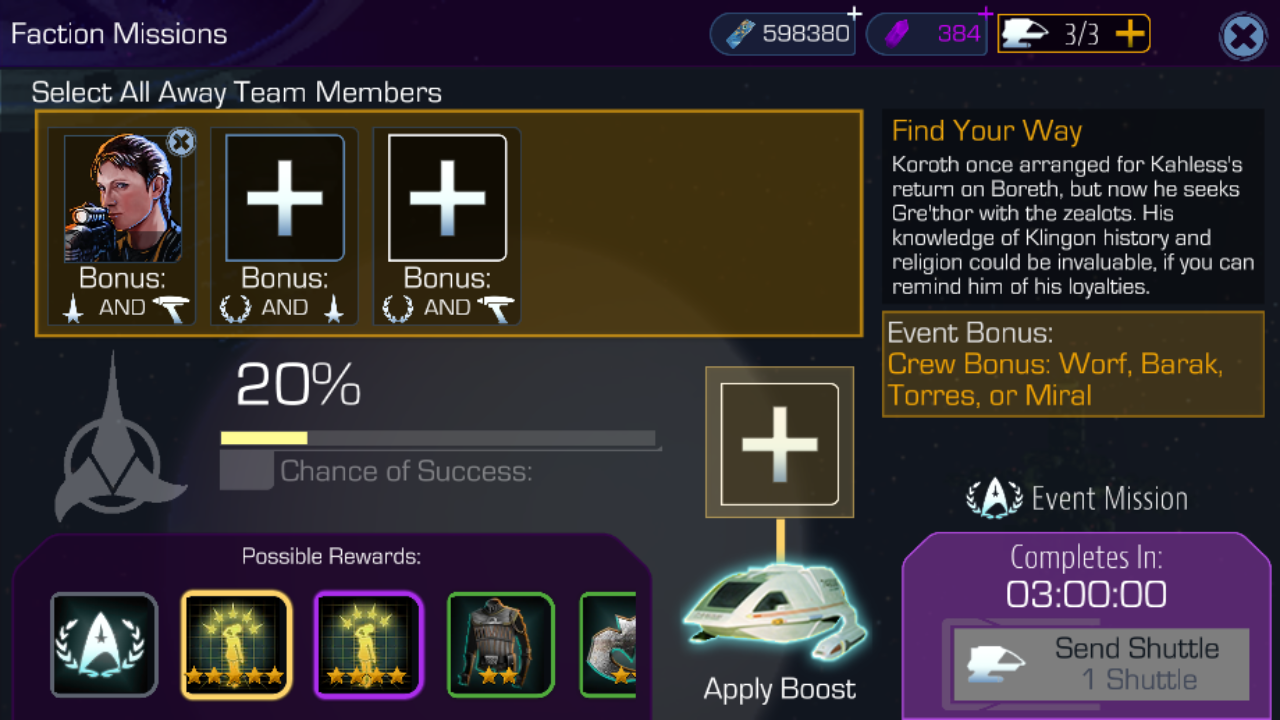 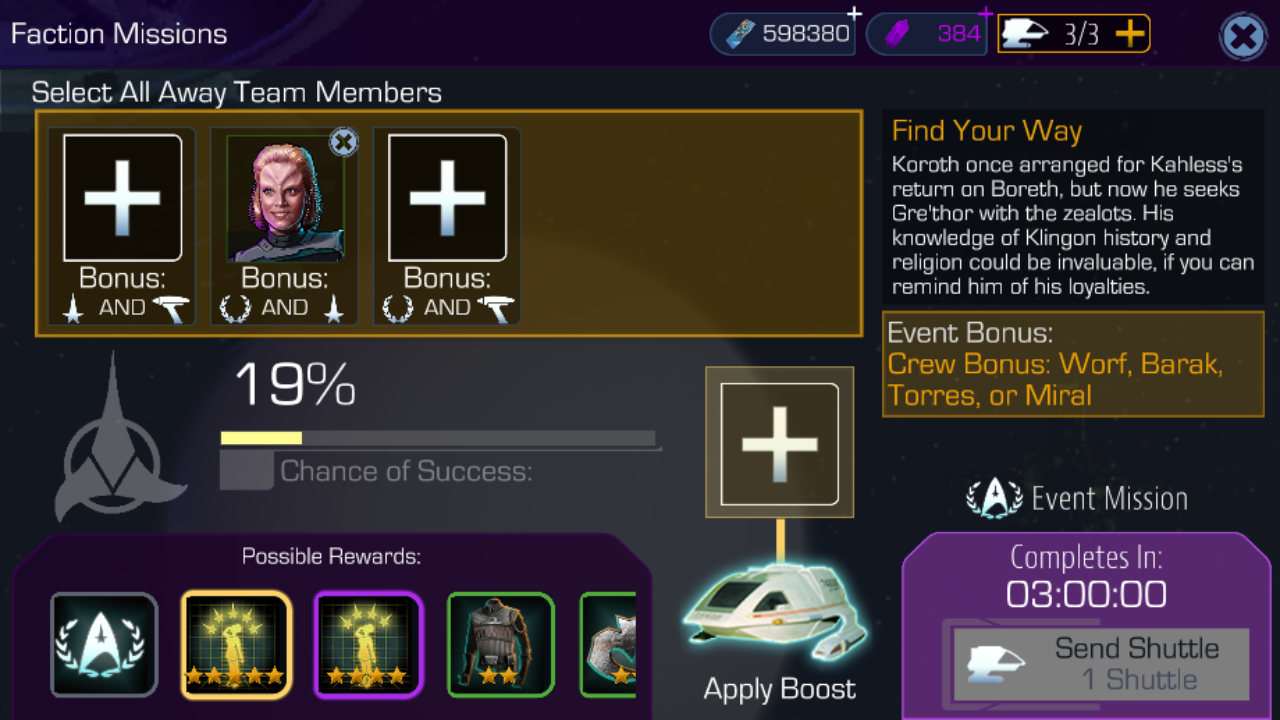 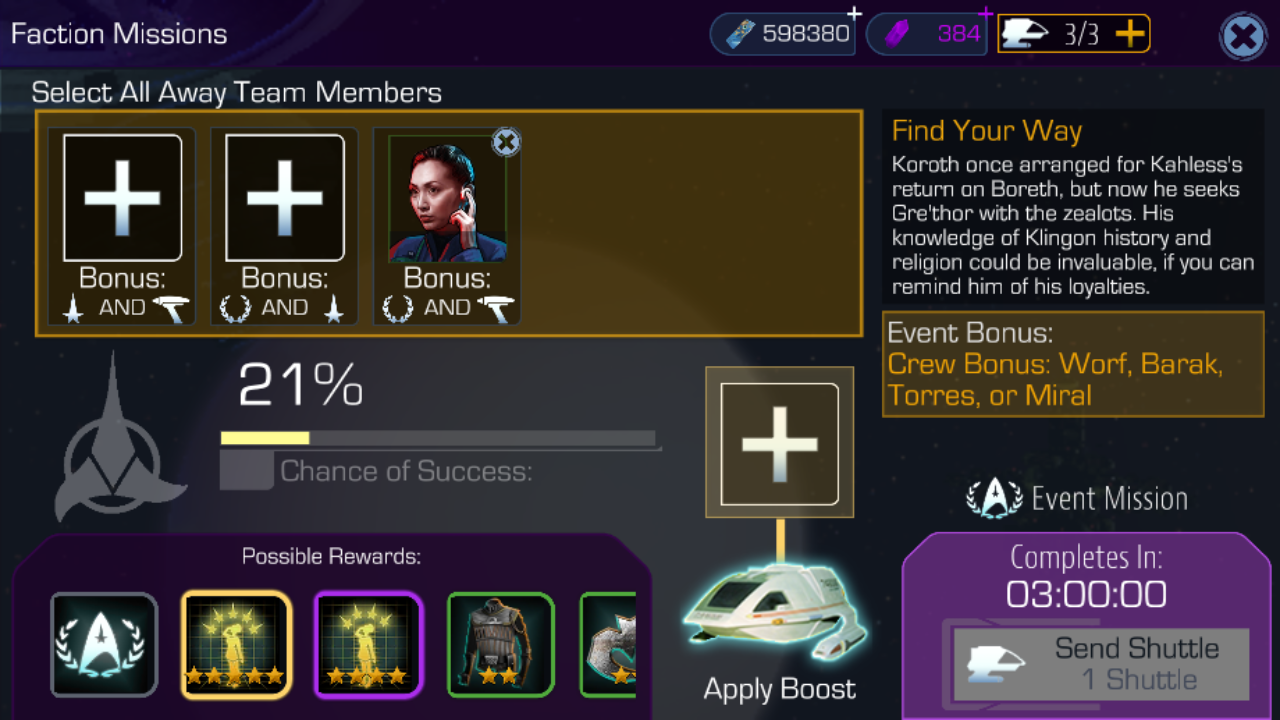 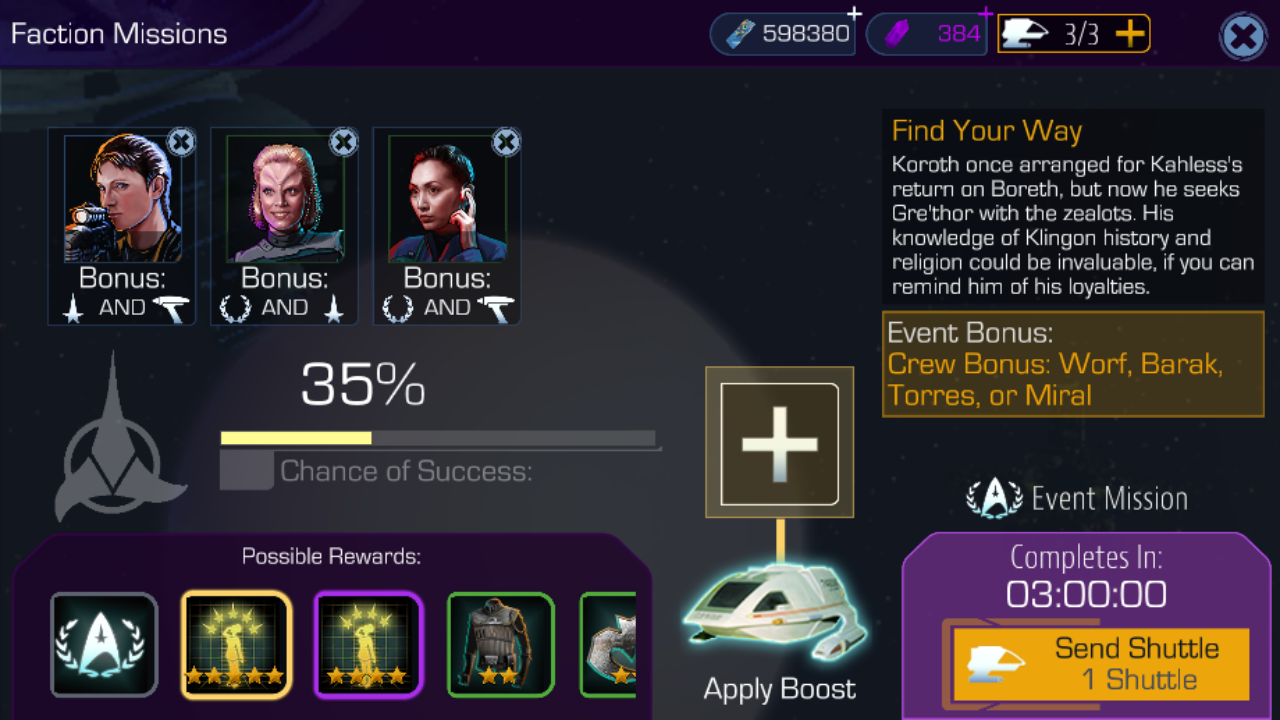