Captain Lost ✭✭✭✭
November 2017 edited November 2017 in Ready Room
Have you had any Hard Choice Beholds lately? A Behold comes up, and you really want two or all three characters?

I've been saving up for a Legendary Behold in the Honor Hall lately. Yeah, I know Legendary Citations are the smarter way to go, but I just felt like getting a Five Star Behold. I hit level 50 today, so after collecting the honor points from the Increase Your Captain Level Achievement, I had enough points, so I went to the Honor Hall. After clicking the Legendary Behold button, I was SURE I had just made a mistake... it's going to be a bunch of characters I don't want, isn't it? Admiral Janeway, Mintakan Riker, Suliban Reed? But no wait, The Guardian of Forever says Behold! And I see the Founder. Oh hey, I want the Founder! But I also see Gangster Kirk and Gangster Spock, and I REALLY want Gangster Kirk and Gangster Spock. 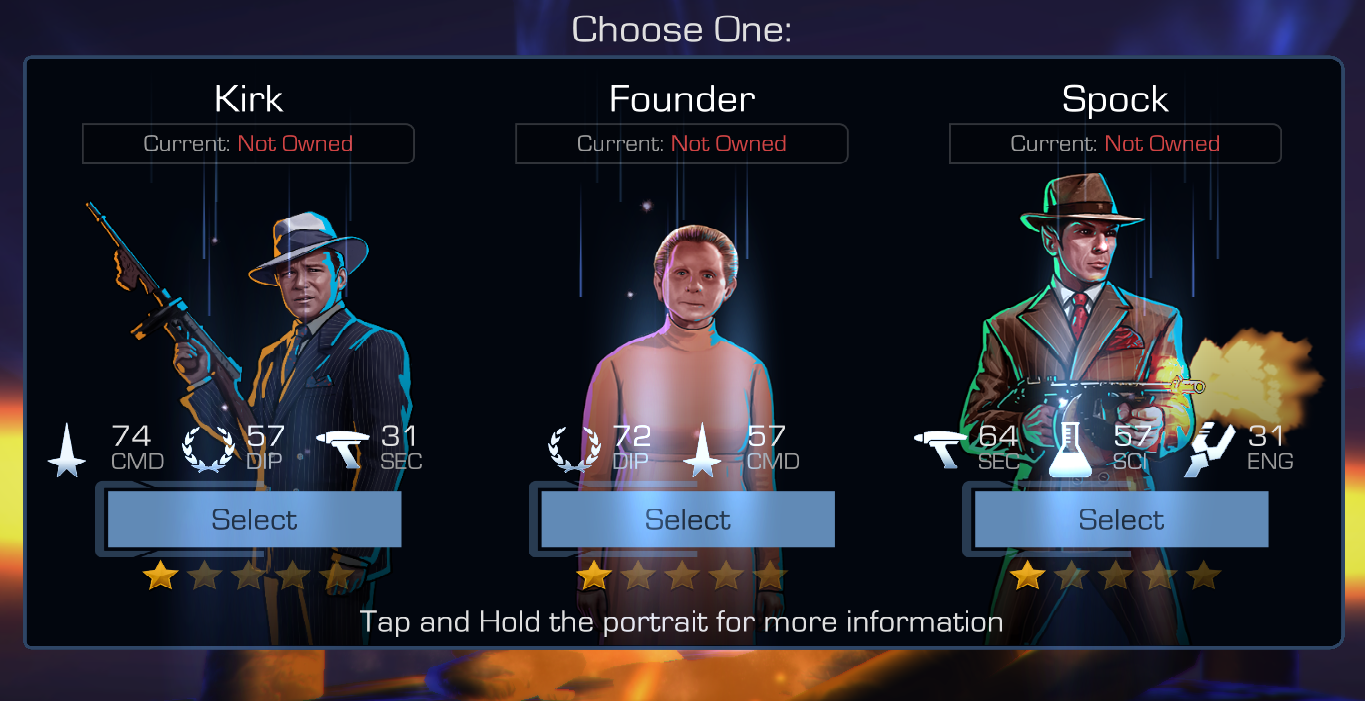 I stare at the screen for a good ten minutes trying to decide which way I should go. The Female Changeling is forgotten as I try to decide between Kirk and Spock; I have Kal-if-fee Kirk and Mirror Spock already, so what do the Gangster versions add here? Gangster Kirk has a higher command skill than Kal-if-Fee Kirk, which would be nice, but Mirror Spock is from the Mirror Universe. He isn't actually OUR Spock, is he? So I must have a Legendary version of Prime Spock. I click on Gangster Spock, and as I wave goodbye to Gangster Kirk, I hope I've made the right decision.