FUNimations ✭✭✭
March 19 edited March 19 in Engineering Room
This i get after trying to complete the first recipe on facebook. 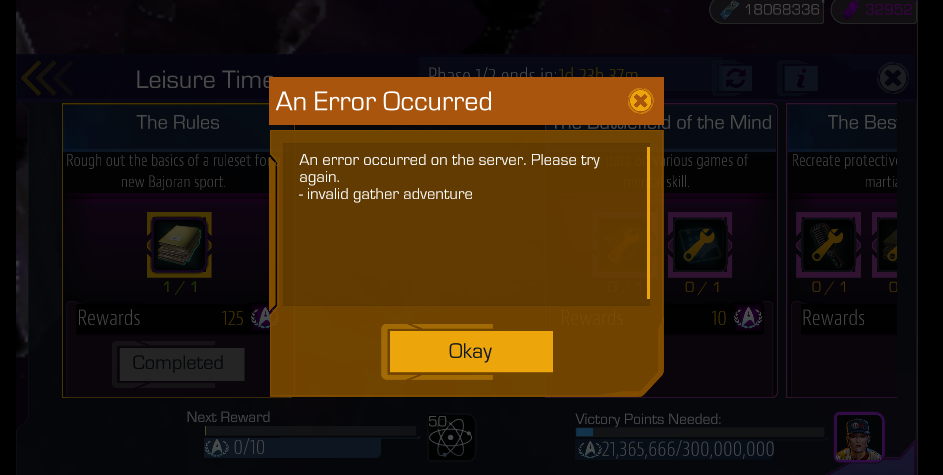 Doesn't work at all on android 7.4.2 client. There i do see the items per recipe with a wrench on it, but tapping it, does nothing.