Home› Starfleet Communications
Shan's PSA: Stay well and be kind to each other. Thread: https://forum.disruptorbeam.com/stt/discussion/15748/psa-stay-safe-and-be-kind-and-follow-official-guidelines-from-official-health-organizations/p1?new=1 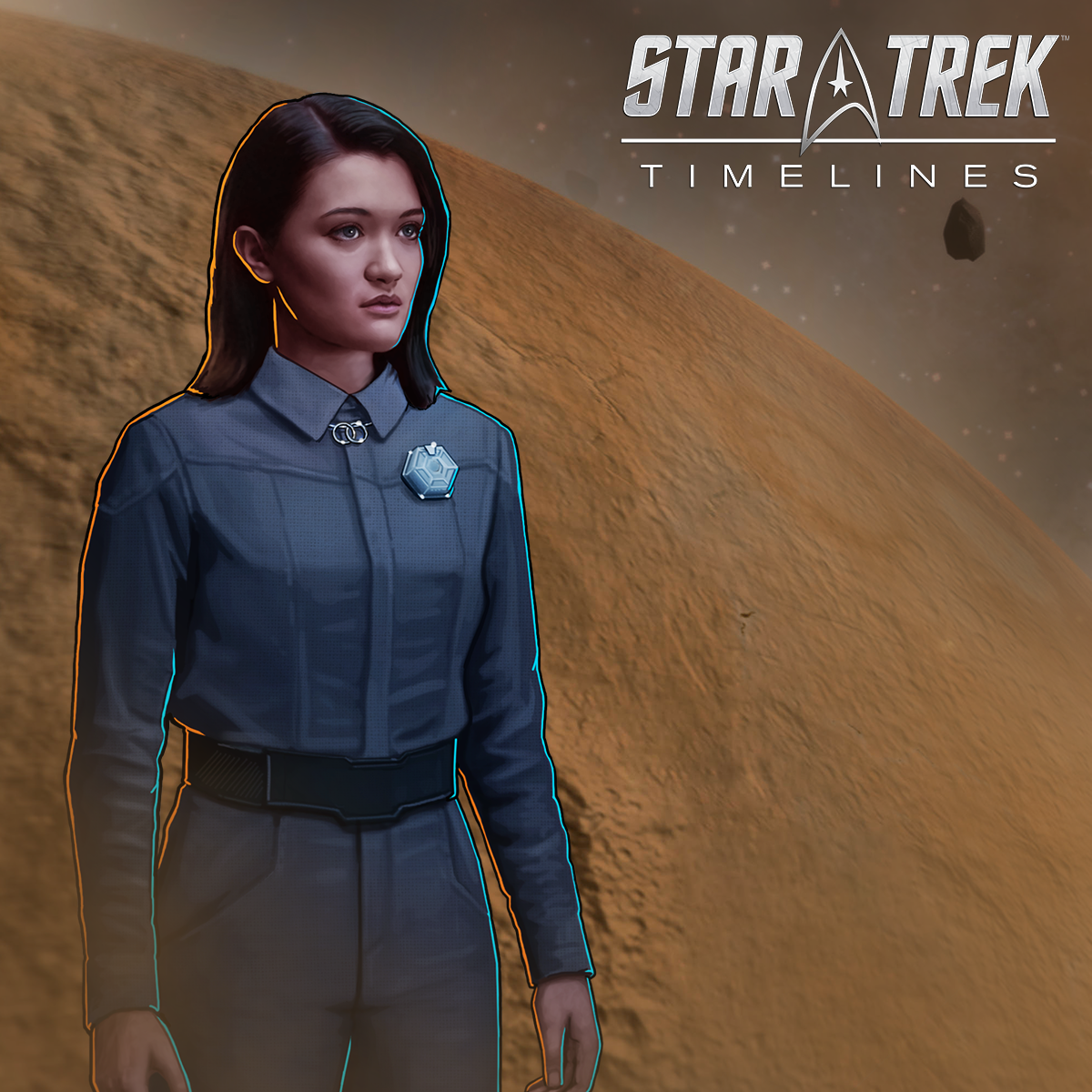 A big thank you for your participation in last month’s survey, we appreciate that so many of you took the time to vote and provide us with feedback!

You have chosen the theme of our June Mega-Event to be centered around the Star Trek:Voyager episode “Before and After” (season 3, episode 21), and we will make it so!

But we’re not there yet, the time has now come to announce our April Mega-Event “Double Jeopardy”:

After the Discovery becomes public knowledge again, so too does Lieutenant Commander Airiam’s story of corruption and sacrifice. A call for a ban on synthetics is revived by none other than a version of Airiam herself, before the accident that turned her into a cyborg!

Can you, Soji, and Admiral Picard change hearts and minds before the situation gets out of hand?

“Double Jeopardy” will feature crew from Star Trek:Picard, as well as Star Trek:Discovery.
Soji will be the recurrent threshold rewards for all four events, and crew with the Cyberneticist trait will provide an event bonus throughout.

The schedule of events will be as follows:

We hope to see you there.

Thank you for playing, stay safe!