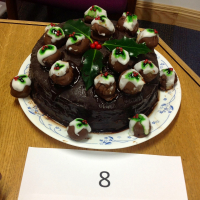 Ljofa ✭✭✭
June 29 in Make It So!
I was wondering if there might be scope for changing some of the prizes in the weekly events at the end of the event? I’ve been a player since just after launch and things I don’t need are training programmes and replicator rations. I’ve a massive pool of the former and my inventory is so full of junk, I won’t be wanting on that regard either. Appreciate that isn’t the case with newer players.

My suggestion for alternate prizes might be ‘free spins on the Dabo Wheel’ and being able to choose either copies of the super rare 4* character or a super rare citation. I’d envisage this being limited to any player who gets four copies of a super rare character. Most of mine get junked for the 800 honour points which is fine of itself. There are some characters (notably Voyage characters but one or two others) that never seem to drop and alternate ways of getting them would be helpful.

So when you get your ranking, you can choose your prizes to suit you.
1