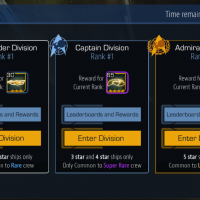 [TKO]TrainWay© ✭✭✭
August 13 in The Bridge
I know some people treat the kickstart like a secret society but not me sorry. I usually do
24 @ 1min
Complete 11
11 @ 1hr30 with boosts.

Just wondering what other options there are to maximise VP or for time boost efficiency?