36 hour voyage with a dash of karma

Veterinary Phlox ✭✭✭✭
October 16 in The Bridge
Having amassed a large pile of voyage tokens, and recently managed to complete Champion of the People in an 8 hour voyage, I was ready to shoot for 36 and pick up Colonel Worf and Dr. Leonard McCoy, my only missing voyage crew.

I hadn't intended on this voyage being my attempt, as I figured I was a few tokens short. But otherwise things lined up well. If I ran out of tokens, I could always turn around after getting those two crew.

Now that the foreshadowing is behind me . . . my 36th dilemma? Champion of the People part 3. While I did end up with Worf and McCoy, boy did I pay through the nose for those last three revives. And dilithium crystals are sharp.

I only FFed three crew, although Platonian Kirk did complete my Inspiring collection, so that's pretty lucky! What did you say about Boreth Pike? Actually, I don't want to know.

Toss in a second star on Solbor and that was it. No new purples, other than the two voyage crew, although there aren't too many I'm missing that are in the portal.

Clown voyage bugged out despite debating the vedek, so I missed him. I've already FFed him so it wasn't worth bothering CS with a ticket. 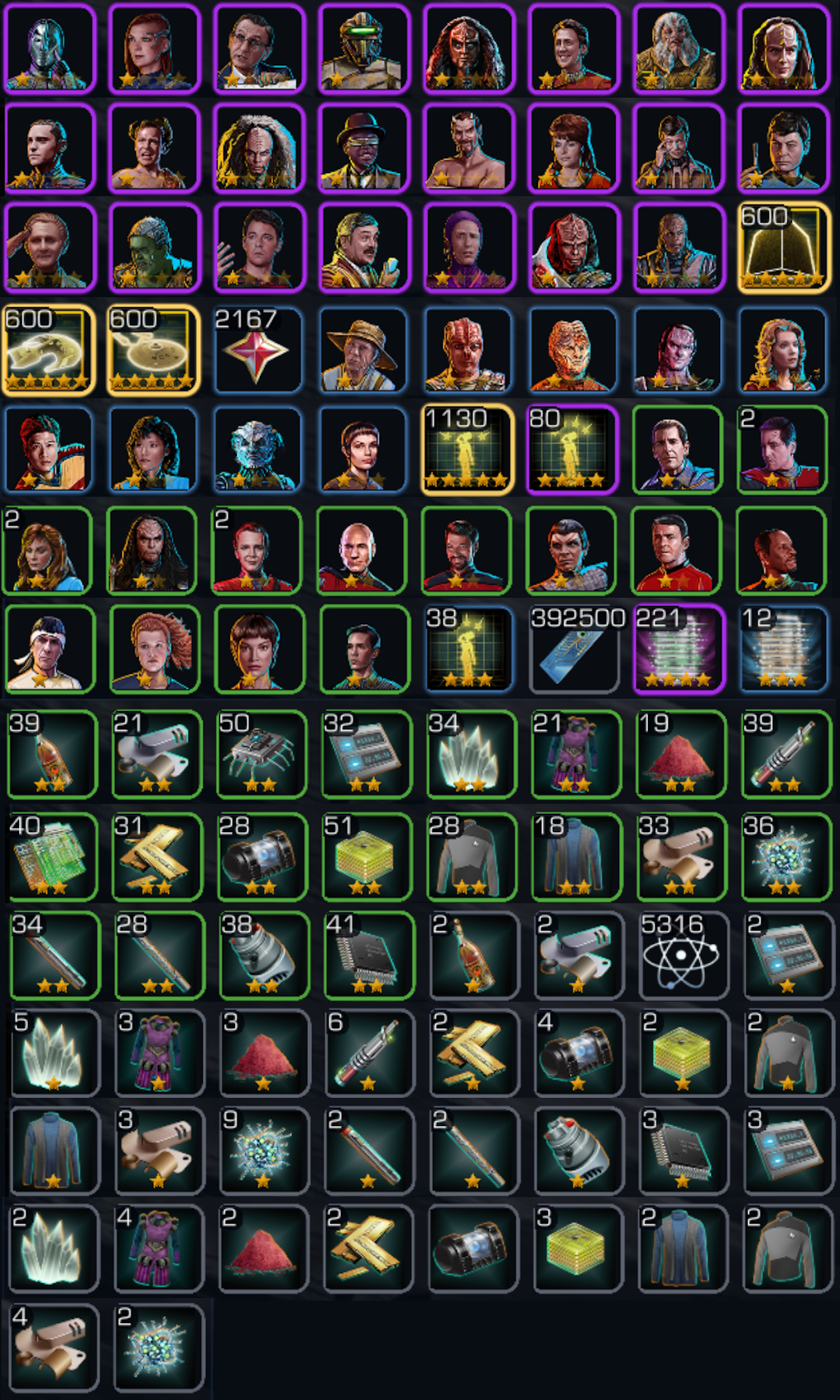 In the end I should have bit a bit more patient and gone when I new I had what I needed. But I'm not disappointed.
Six degrees in Inter-species Veterinary Medicine. Treating all manner of critters, from Tribbles to Humans.
8
Sign In or Register to comment.
Hey! You will be signed out in 60 seconds due to inactivity. Click here to continue using the site.