My WRTP proto-flounce - others welcome 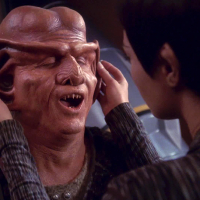 Once upon a time, I was a member of a cantankerous and tempestuous discussion forum where members who, when heartily disenchanted with the forum, or its policies, or its other members, whatever was killing their joy with the forum, or life in general, were encouraged to open a thread allowing them to thoroughly vent their spleens before heading off into cyber-oblivion. This was called a ‘flounce’ thread.

Right across this planet, 2020 has been an awful year, and IMO WRTP have contributed fulsomely to this awfulness with their treatment of the occasionally paying public. The offer wall and IronSource issues have not magically gone away, nor is the treatment of players legitimate concerns during that debacle forgotten. The haemorrhage of experienced long time players continues unchecked, such is their level of boredom with what this game has been allowed to become, and their disenfranchisement with Star Trek Timelines experience, which in turn blithely ignores their experience and loyalty since the early days. More recently, the cack-handed appearance of the much heralded “event hub”, mysteriously manifesting ahead of schedule (obviously Q playing with the time -space continuum again) which does exactly diddly-squat to improve gaming experience or game functionality, while genuine player concerns remain ignored or vaguely alluded to as ‘in development’ and then passed over.

And now coinciding with the latest event “First Doctrines”, the ‘offer’ of 10 citations (4 5*, 3 4*, 2 3* and 1 2*) issued forth Thursday last (20201015) for a local cost of €109.99! This is pure contempt – extravagant, eye watering costs for an utterly trivial and derisory return! Is there an assumption somewhere in WRTP that all players who occasionally pay have fallen from the apex of the stupid tree and smacked each branch of same tree exactly once with their heads and credit cards on their descent to finally smack the Earth again on their arrival, and will buy such dross unquestioningly?

Altogether, I put it to you that this amounts to an abominable treatment of the players – simultaneously attempting a mugging of them while contemptuously spitting them in the eye.

Someone in WRTP needs to wake up very soon and take a thorough and long hard look at customer experience and current functionality. Stop waving your arms about, waxing lyrical waffle about planned new features, and deal with the actual issues – lack of player engagement, abominable game chat and DM/PM facilities, boredom with outright formulaic sleep inducing events, events where every two bit extra in a one off episode now becomes a 5* character reward (Solok as a 5* - really? Why?), used once and never seen of or heard from again, lack of new conflicts/missions, to name a very few. From this perspective, WRTP are engaged in self-congratulatory wallpapering over profoundly serious structural fissures in the very foundations of their product, and they’re patting themselves on the back over the new colour scheme the unsolicited wallpaper over the cracks introduces while the whole edifice splits a few further metres apart and simultaneously sinks further into narcolepsy.

This thread is my proto-flounce.

I assume there will be a Christmas event later this year and an honour sale following this event. WRTP are on notice that they have the intervening time to attempt something concrete that genuinely engages the community and attempts to grow the game in step with that community and make amends. If not, then certainly I and my credit card are out, and I will not be the last one to go. The only reason now I remain now at all are my very excellent squad mates, a wonderful engaged fleet admiral, and the prospect of the end of year Christmas event and honour sale to help put 2020 out of its misery and firmly in the past.

I encourage other similarly motivated occasionally paying captains, or free to plays genuinely concerned about this community and game, who may also find themselves in proto-flounce mode, to add their voices and issues to this thread. I implore WRTP to both listen and act.

Thanks for reading, support if you have any to lend, and LLAP,