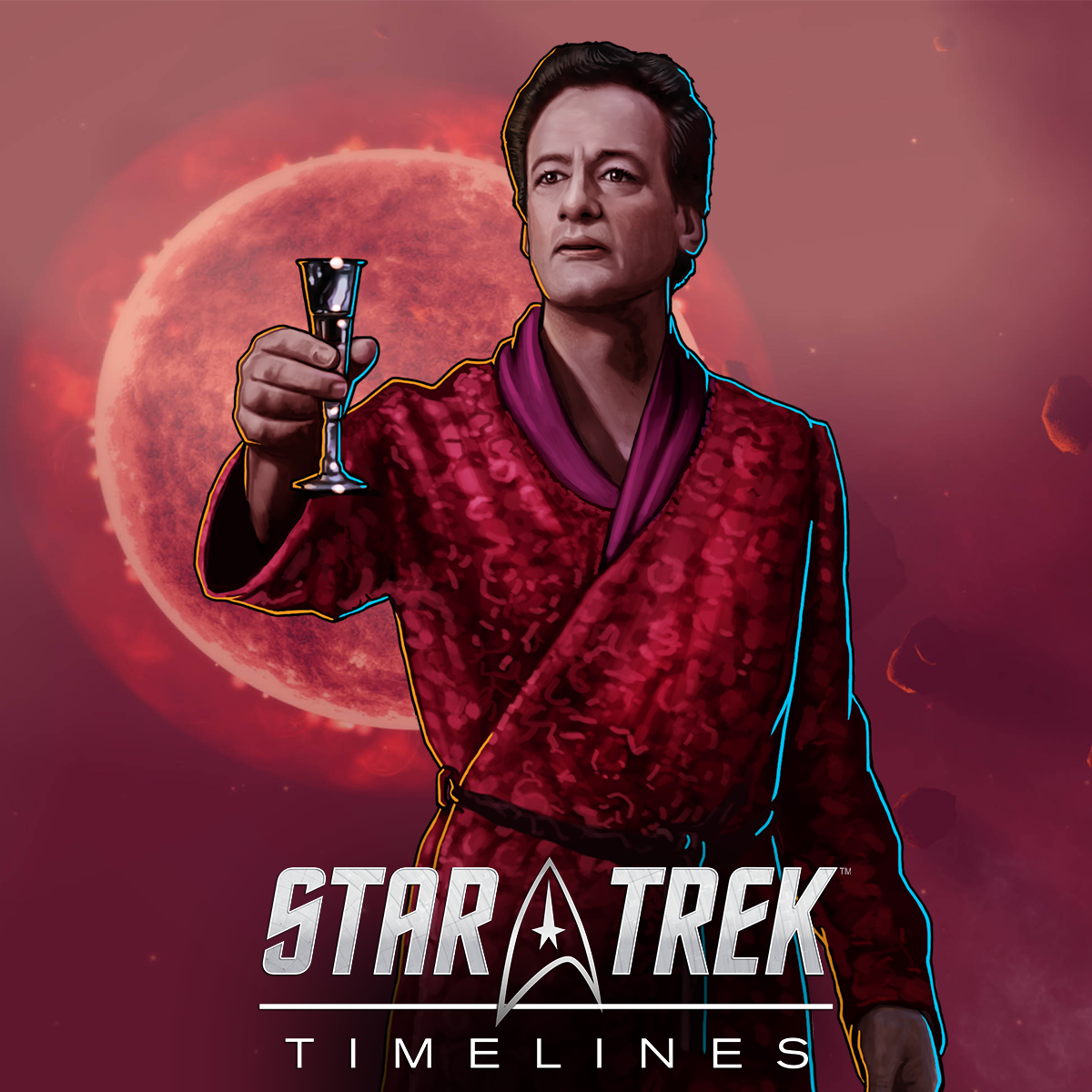 Are you ready for more Q shenanigans?

When a younger version of Q gets it in his head that he can single-handedly repopulate the Q Continuum, it becomes a galactic effort to stop him. But when the present Q becomes so disillusioned at the distraction “love” creates for not only his younger self, but everyone working to resolve the temporal anomaly crisis, he threatens to erase the concept from existence, forever. Can you convince him that the universe’s greatest problems cannot be solved without love?


It’ll be quite the task to keep up with Lothario Q, who will also be the recurrent threshold reward for the duration of the mega-event.

You’ll have the assistance of new crew such as Bridal Deanna Troi, Bride Kasidy Danielle Yates, Caldos IV Crusher, Off Duty Janice Rand, as well as others. And crew with the Scoundrel trait will provide an event bonus throughout all four events.

This mega-event will also see the introduction of a brand new ship: U.S.S. Prometheus!


We hope that you’ll take part in taming… Q’s Passion!