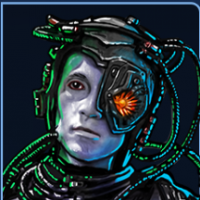 Sith Laird Daftie {WHIF} ✭✭✭
February 8 edited February 8 in Make It So!
I propose we have Q as god take us back to the star fleet academy , like he did with Picard , and you then have to work through up to five years/levels there .

You can use any crew in your roster , even if it's frozen , without having to defrost it .

At the end of each year/level you get a graduation award and asked if you wish to start the next year or leave the academy , if you choose to leave the academy is reset so you have to start from the beginning again . Obviously can still access the academy at any time you wish , you only reset it when you reach the maximum level you have crew/ships for so newer players don't get stuck until their rosters improve . When you complete the 5th year the Academy is automatically reset .

I'd say ,unless anyone has any better ideas , we could use appropriate away team missions/space battles from the galaxy map ( they can always add more later ) . Instead of having a fixed set of missions like the galaxy map , which would get boring , they could make a pool of missions and select a number of them at random , say 10 a year/level . To make it more interesting the academy can choose which completed ship you have at random , so you never know which crew/ships you will need when you enter the academy .

Rather than creating another new button on the main screen they could place the Academy on the galaxy map . Graduation awards can be tied into the new feature , or not , as they choose .