These are the voyages...(Voyage discussion) 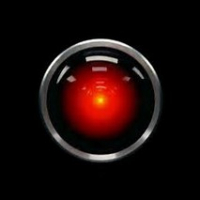 Deep Space Dan ✭✭
February 2021 in Make It So!
I've wondered for a while whether we are going to see any improvements or additions to the voyage game mode. Just for background, I've been playing for close to 2.5 years and have been consistently hitting 10hr voyages, with no refreshes, in all skill combos for quite a while (Med/eng and med/cmd are the ones most likely to fail on an unlucky run).

Once 10hrs is achieved it seems like there is no where to really go with this game mode. Sure, there are incrementally better voyage crew out there but the hurdle to get to the 12hr mark is too far to reach to justify the investment cost (to star-up legendaries purely to get a tiny increase in voyage length) especially when the reward is just more FFFE purple/blue/etc crew to toss out the airlock. I figured I'd just toss out a couple ideas I've thought about regarding voyages and see what others think:

1) Quality of life request: Please rank the ships by how much antimatter they have when factoring in the antimatter bonus at the voyage crew selection screen. This seems like such an easy improvement to save all of us from having to scroll through all our ships every time we start a voyage to find that one max-5* ship that matches the bonus trait.

2) Another quality of life one: Make it so we can delete voyage reward crew right at the collection screen and not have to then go searching through our roster to find the duplicates to toss out the airlock.

3) (I saw this was mentioned in at least one other thread on here) Add Legendary crew to the drop table. They can be old legendary crew, whatever seems balanced. I'd say make it possible for them to drop starting at the 8hr mark, with the chance increasing each hour after that.

4) In order to make 12hrs and beyond a realistic possibility, make it possible to unlock two additional voyage crew slots. In my mind I've called these slots "Passenger" and "Stowaway" and they are wild-card slots with no skill type requirement and with different additional trait bonuses then are already available in the other slots. For example, "Passenger" could have trait bonus for "Royalty", "Ambassador", "Merchant", among others; while "Stowaway" could have "Thief", "Criminal", "Temporal agent", etc. The traits are obviously up for discussion and I think should focus on bringing in traits that aren't already covered in other crew slots.