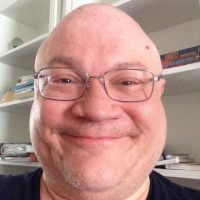 Cmdre Doggie [TRCM] ✭✭
March 17 edited March 17 in Make It So!
Now that daily missions for each player are a fleet requirement, fleet admirals & other fleet officers need a way to track which players are finishing their daily missions.

Of the eleven daily missions, only three count towards target scores: away missions, shuttles, & space battles, which require twenty, seven, & twenty from each player to complete their daily missions, respectively. That only tells us that if a player doesn't get 47 daily targets by reset, they couldn't have done their dailies that day.

However, just because a player gets 47 daily targets doesn't prove they finished their dailies. A player could donate 700 materials towards the fleet starbase, spend dilithium to reset donations, then donate 240 more materials, and get 47 daily targets without finishing any dailies at all...and take a lot less time doing it then it takes to do all eleven daily missions.

A mostly active fleet of fifty might never get 40/40 for daily missions under the rules as they stand right now. All that fleet needs is eleven players who never finish their daily missions. 22% nonparticipation, which isn't hard to imagine, but is hard to prevent. The other 39 players who take the time every day to help their fleet would be at the mercy of those eleven & those 39 would never even find out who they are.

At the very least, admirals have the right to know which players are keeping the others from getting the ISMs they need to keep up with the whales. Daily targets won't tell the story. The story needs telling.

I don't write in the forum much. But this is important.
3