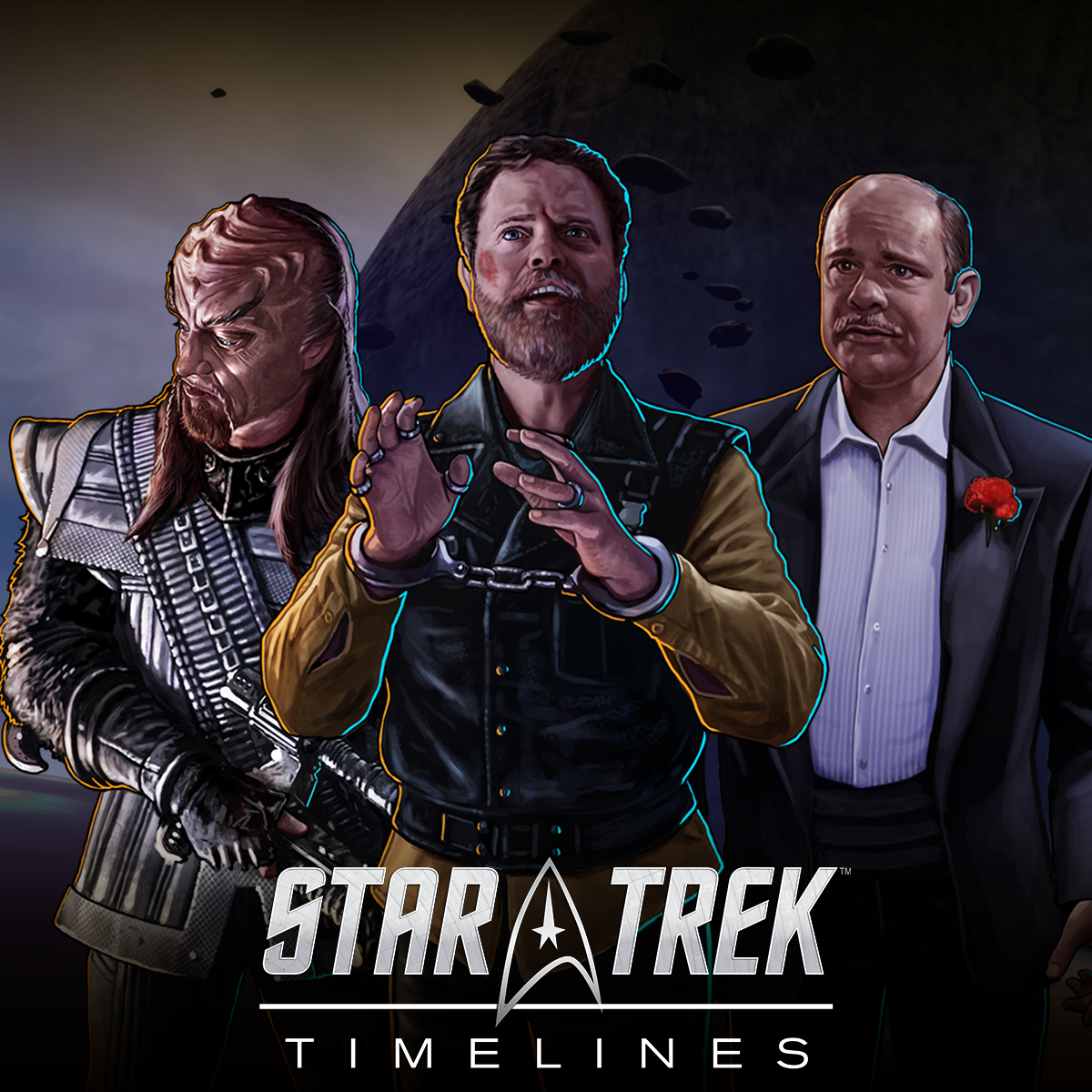 You now know who has kidnapped Neelix and others: Barry Waddle, a Klingon intelligence officer who once disguised himself as human to sabotage the Federation. He seeks to create his own army of disguised, brainwashed former Starfleet officers and allies to use against the Federation! Use everything you have learned to find Waddle, stop him, and save those he has kidnapped--if you can recognize them.

Ranked reward 5* crew: Decoy Kira (Existing) - this crew will be featured event crew in the event starting on 04/29.


Contrary to what was previously announced Thelev will not be added to the game, and this due to a rights issue.