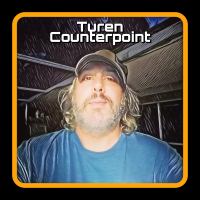 The universe, although at one time had a "bigbang," I believe goes forever back in time. The universe expands, so they say. If it's been doing this forever, the universe is well beyond what infinite is, or infinite +1, or infinite plus infinite, infinite to the infinite power, some kind of infinite equation, expressing true infinite, vast space or time.

Why not expand more rapidly as time rolls forward? The rate at which the universe expands may be at an accelerated rate, meaning, in the present, it's expanding ultra fast.

If there were a way to lock on to the very fabric of space, then, if it expands in all directions, you could go ultra fast and far at whatever speed you could handle, in any direction.

I suggest The Traveler stumbles upon such technologies, with help, because he has such abilities that are of his being, but would need help making a Starship or Warp core or drive, hyper if you will Dear Reader, for us Captains and Crew.

So, how about having faster ships, fitted with this technology or Hyper or Ultra Warp Drive?

Ride the Wave🤙
Admiral Turen Counterpoint at Avalon's Galactic Armada and Captain of the U.S.S. Divinity
0
Sign In or Register to comment.
Hey! You will be signed out in 60 seconds due to inactivity. Click here to continue using the site.