Is this the end of Loot Boxes in Usa/Europe? 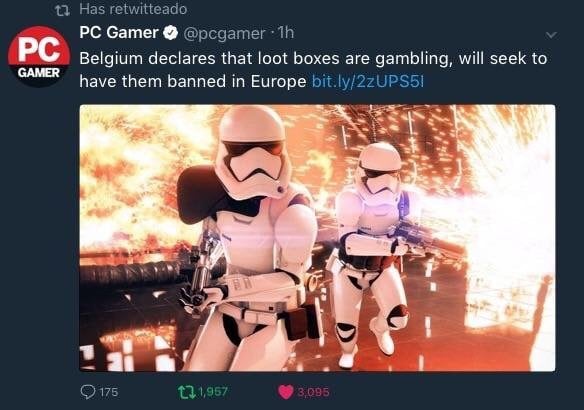 "The mixing of money and addiction is gambling," the Gaming Commission declared. Belgium's Minister of Justice Koen Geens also weighed in, saying, "Mixing gambling and gaming, especially at a young age, is dangerous for the mental health of the child." Star Trek Timelines is Pegi12

Geens, according to the report, wants to ban in-game purchases outright (correction: if you don't know exactly what you're purchasing), and not just in Belgium: He said the process will take time, "because we have to go to Europe. We will certainly try to ban it."

What direction will the game industry take following this ruling will it spill over from Console gaming to mobile gaming, what are the ramifications?

I like coming here to the forum to see a different take people may have on various issues and topics within the game. Is this a welcome regulation or does mean an end to game format most of us enjoy?
1
«1234»