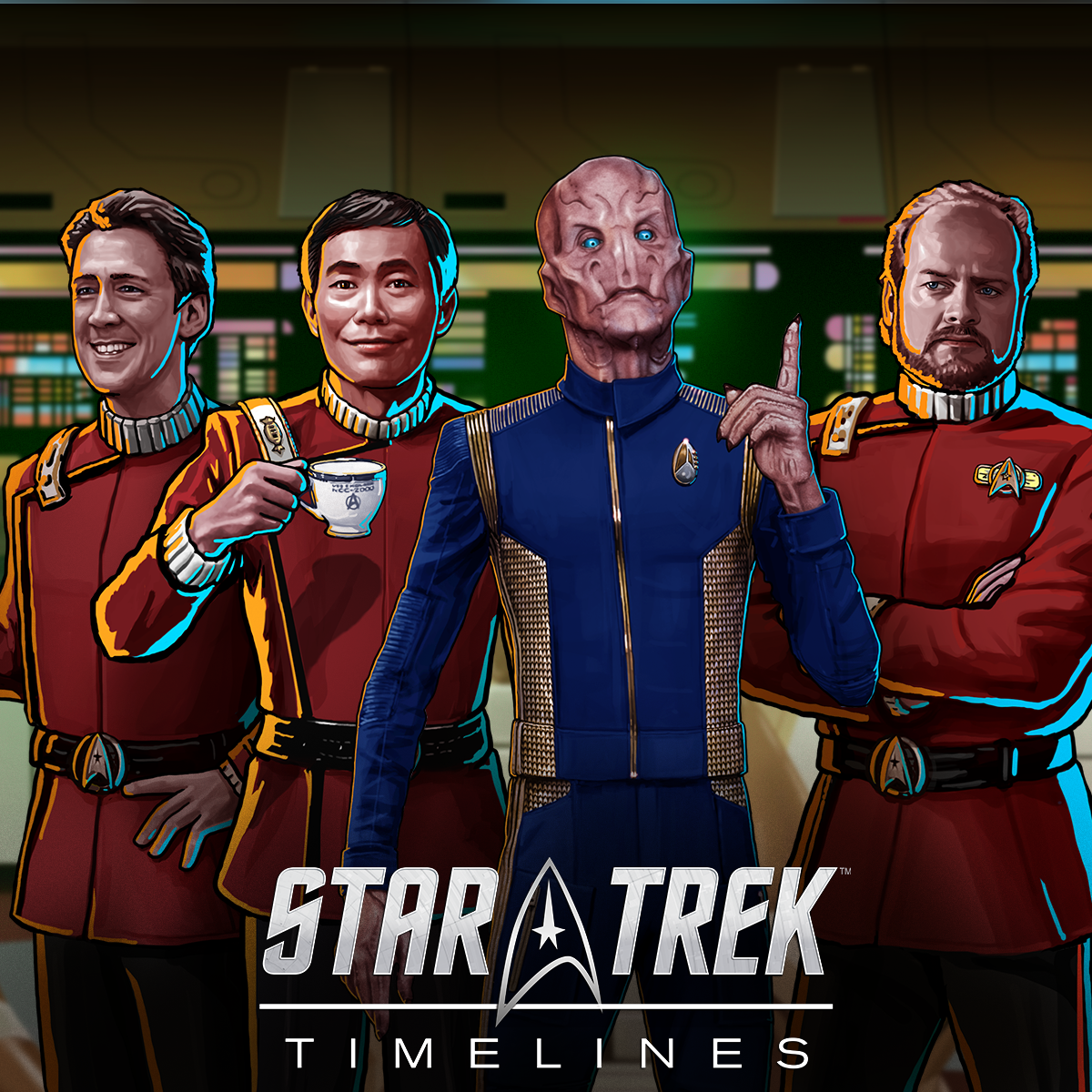 Captain Sulu, among others, feels Starfleet has been approaching the temporal anomaly crisis with the wrong attitude. Instead of viewing it as a crisis that has to be set right, Starfleet should consider themselves to have entered uncharted space, populated by foreign explorers, and conduct themselves accordingly. Together with his contemporaries Captain Harriman and Captain Bateson, Captain Sulu mounts an expedition to try and enter one of the many temporal anomalies dotting the galactic landscape, and for the first time try to report back what is on the other side.

Ranked reward 5* crew: Tribble McCoy (New) - this crew will be featured event crew in the event starting on 08/05.