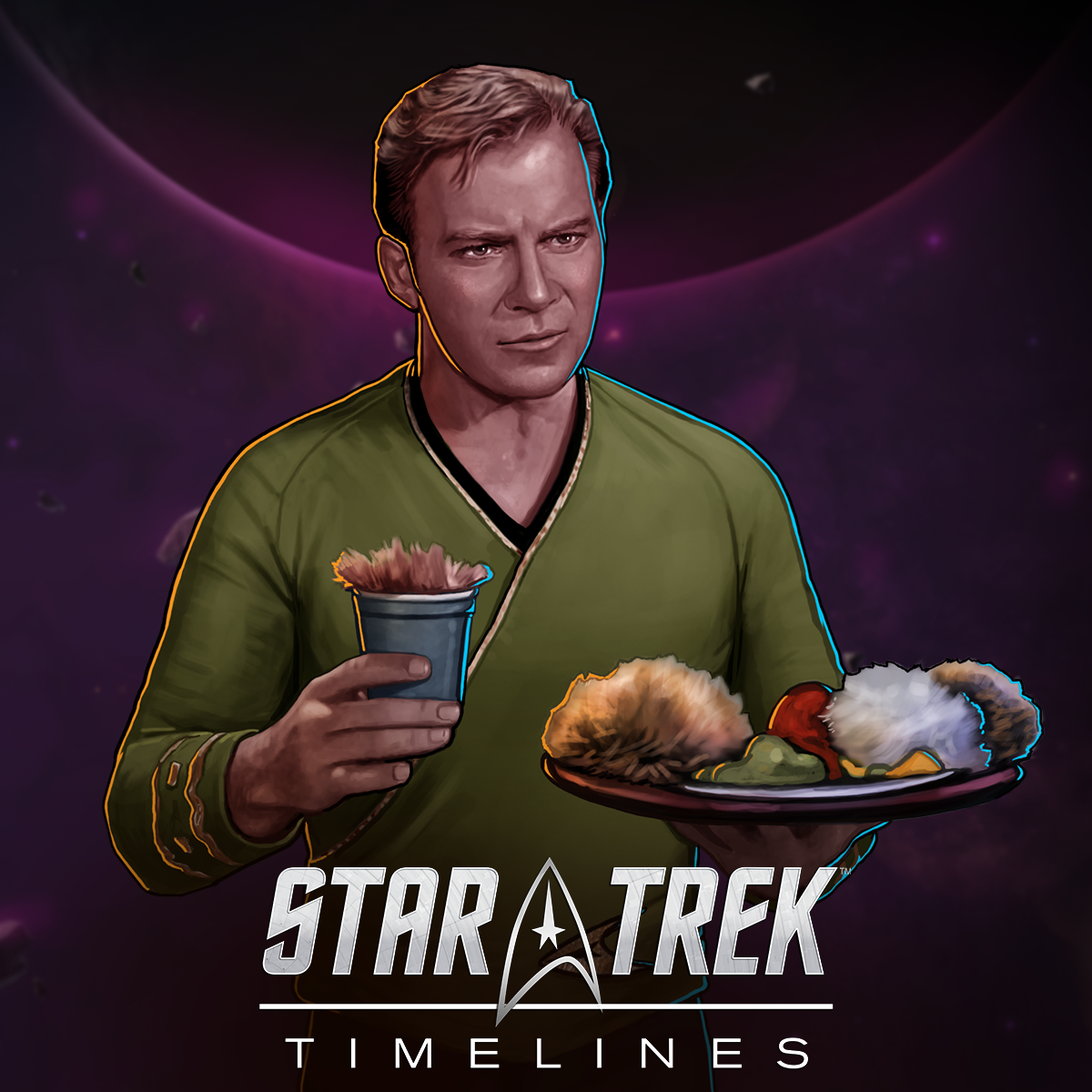 Tribbles, so many tribbles for our August Mega-Event, here’s an overview of the narrative for Tribble Quibbles:

When Edward Larkin returns with wild claims that tribbles can solve the temporal anomaly crisis, he is immediately dismissed as a quack. But when Larkin manages to set his plans into motion before his committal to a mental facility, it will be up to you and Starfleet’s best and brightest to fight the encroaching tribble horde. Travel across space and time to stop both from being taken over by tribbles!

Tribble Kirk will be the recurrent threshold reward for all four events, and you can look forward to encountering more tribbled crew such as: Underwear Larkin, Tribble Uhura, Tribble Spock, Tribble Sulu, Tribble Sato, Tribble Chekov, and Tribble Phlox!

Tribble Quark will join in on the fun as well, in part four of this mega arc.

Crew with the “tribbled” or “exobiology” trait, as well as Tribble Kirk, will provide an event bonus throughout this mega-event.

The schedule of events will be:


"I want these things off my ship! I don't care if it takes every man we've got – I want them off the ship!" - Captain Kirk


Thank you for playing,