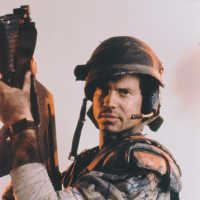 Jericho2524 ✭✭
August 2 edited August 2 in Make It So!
Hello, I apologize if something similar has been mentioned in the past that I may have missed, but I have had an idea for a event for a while I'd like to mention.

I have thought of having a type of Gauntlet type event, but you can use your entire crew similar to expedition where they fatigue. You get a random batch of crew that is queued up and you can queue crew as well in a pool to keep loaded. Easy fights net you next to nothing in points but better fights with more risk get you more points, similar to how gauntlet is now but not in a fixed grouping. People with large crew base would have an advantage to be sure for points, but A ticket type setup like skirmish but with away missions can be used to refresh fatigued crew either on a individual basis or as a whole......

Or Maybe send 5 Crew as a group that work together as a team and go up against others for the points or something so you can balance all type of traits that battle. and each group you send out cost a set amount of tickets.

I don't know but just a thought on at least another type of event to shake things up.....