Would you like to be able to trade crew with others?

Captain Nate ✭✭
November 2017 edited November 2017 in Make It So!
Growing up, I remember trading baseball cards with friends. Other toys/collectibles too, but baseball cards was the big one. I'm not sure how to handle the "exchange rate" or make sure it is at least somewhat fair, but if I have a leveled up 2/4* crew and someone else has 2/4* of the same crew, I might like to trade and offer up some of my crew in exchange. There are several storylines in the Star Trek universe where crew exchanges happened, so I think this feature would seem to fit.

This might be a way for others to level up crew or get desired crew members. It might also give people a reason to not not immediately shoot a 1/3* from a voyage out the torpedo tube and instead put it on the exchange.

Would you like to be able to trade crew with others? 55 votes

Yes, I would like to be able to trade crew with any other captain (public exchange).
21%

12 votes
Yes, I would like to be able to trade crew only with fleet members (private exchange, maybe a starbase feature).
54% 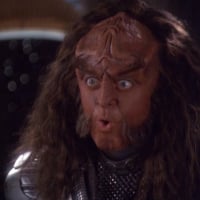