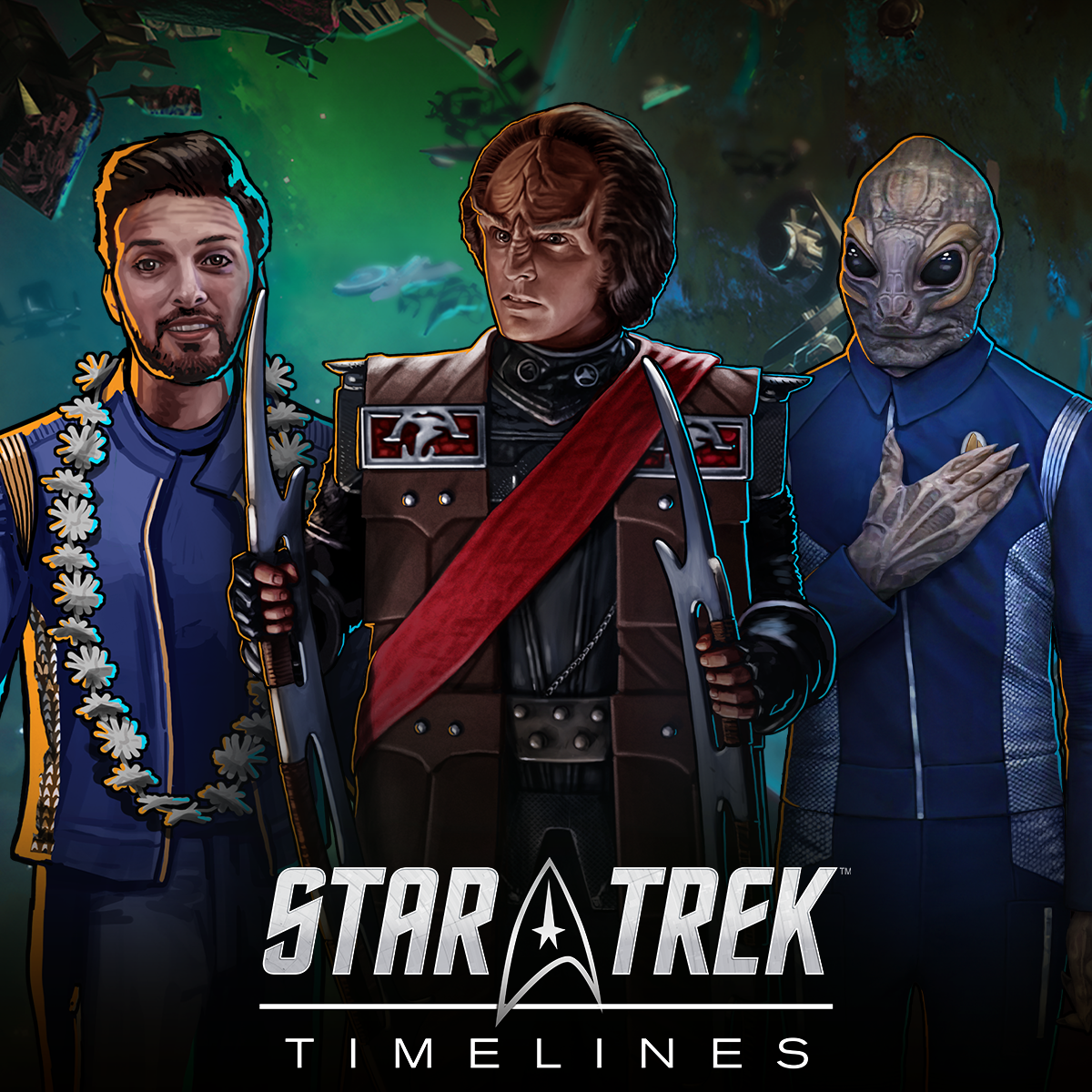 Convergence Day is almost here once more, but fatigue has set in across the galaxy. Despite all the good brought on by the anomalies that the event usually celebrates, there is still a great deal of despair and upheaval. And despair is not good for business during a celebratory holiday! Quark’s goal is to lift the mood across the galaxy and hey, if that entails solving a few intergalactic issues along the way, that’s fine too! Will you help?

Ranked reward 5* crew: C.O.P Founder Picard (Existing) - this crew will be featured event crew in the event starting on 01/13.