Star Trek Timelines is about to turn 6, let the celebrations begin! 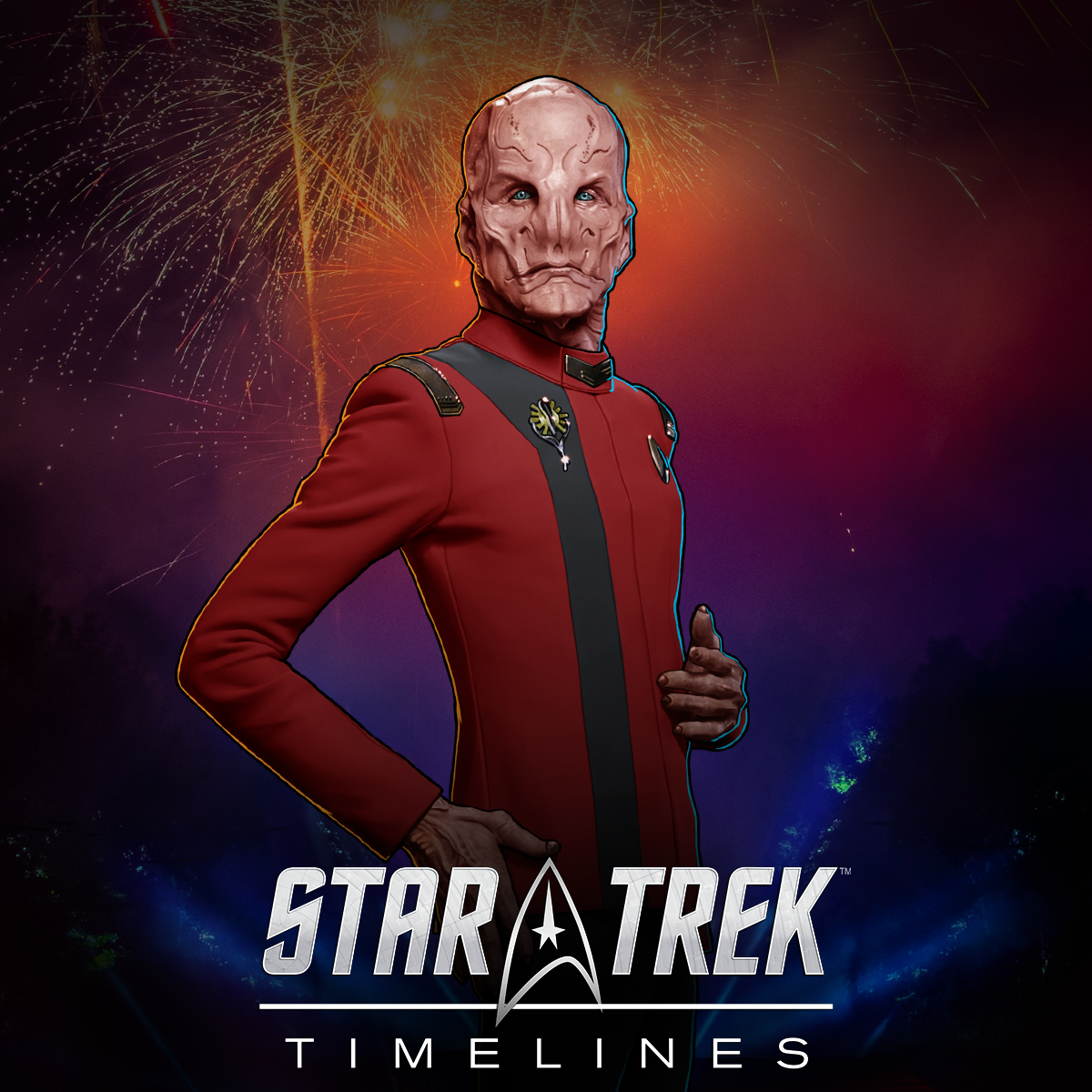 Next week it’ll be six years since the STAR TREK TIMELINES adventure began, boldly carrying the torch of the STAR TREK franchise into the mobile gaming space.

Since then over 1,100 crew have been added to the game, and our first crew of 2022 is ‘Returning Saru’, the crew you picked as our anniversary giveaway!

- by claiming the free 1/5 giveaway pack available in the Time Portal
- by participating in the 6th anniversary Objective Event that will allow you to claim three additional copies.

Our anniversary celebrations will not stop there, later this month you can look forward to:
- new captain avatars
- a new collection
- a Time Portal update
- Elusive Treasures

We are grateful for all the captains, old and new, who will take part in these celebrations with us. Thank you for playing!