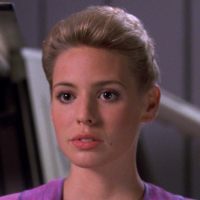 Olivia q'Abo ✭✭✭
November 2017 in The Bridge
I thought I would try my luck on this new pack since I needed 5 of the 6 characters cards. I ended up getting a McCoy, which I already had ff/fe. Took a gamble on another 10x, got another McCoy.