🌌 [Images inside] - Gauntlet needs a shakedown!

Capt. Pete Owen ✭✭✭✭
November 2017 in Make It So!
Ignoring the already well known issue with being defeated by an inferior opponent, this is a separate issue where all 6 of your opponents are the same & of the highest ability.
Unless you have the same crew member as those you are facing giving you a 50/50 chance, you have zero hope of winning. Without having enough merits to reshuffle the opponents you are at a dead end and set up to fail & or demolish ones winning streak. To wait for the following day to earn more merits from completing daily reward tasks is ridiculous,
the Gauntlet period could well be over by then.
I implore the production team to once again devote time to giving Gauntlet an overhaul. 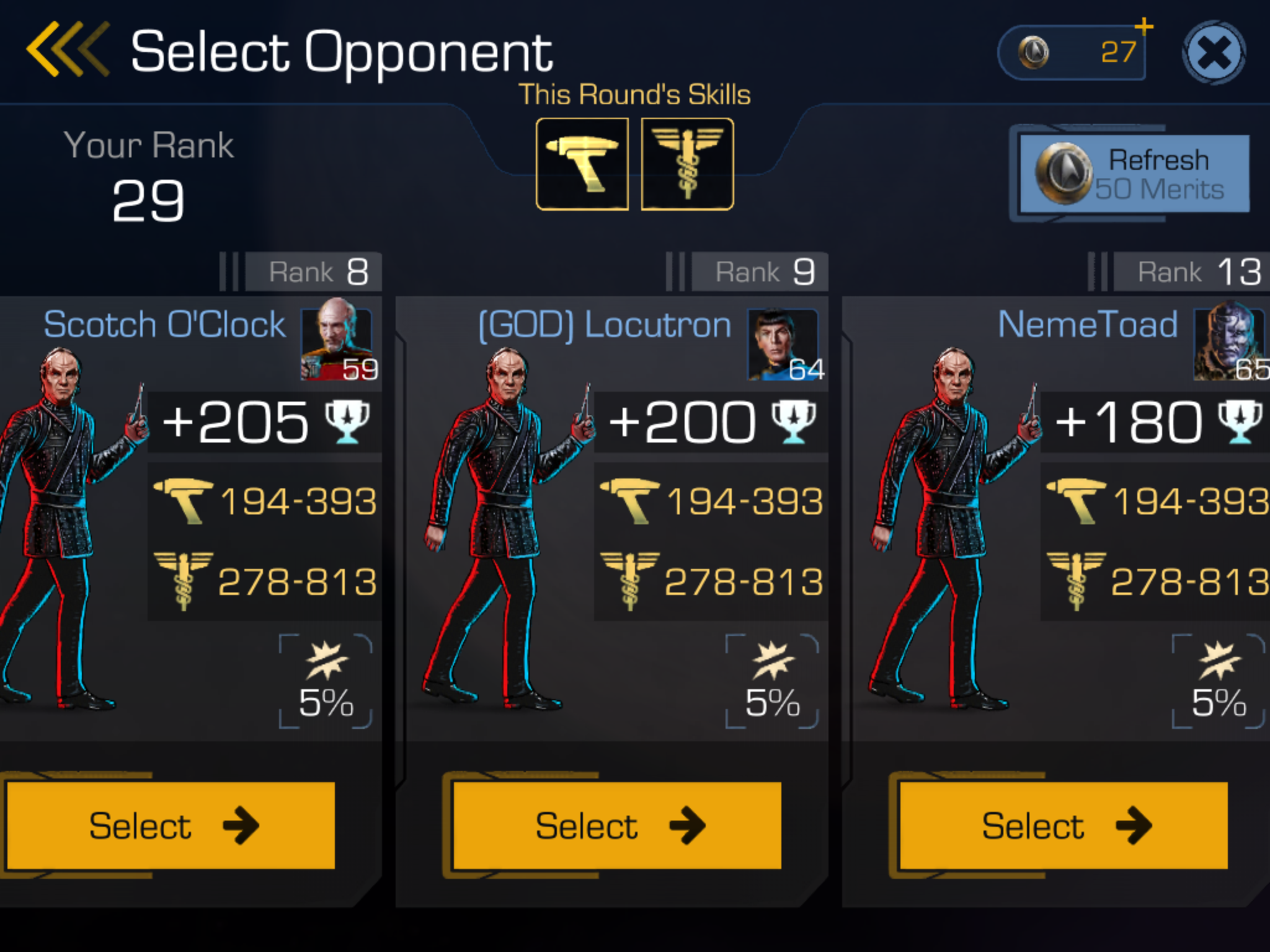 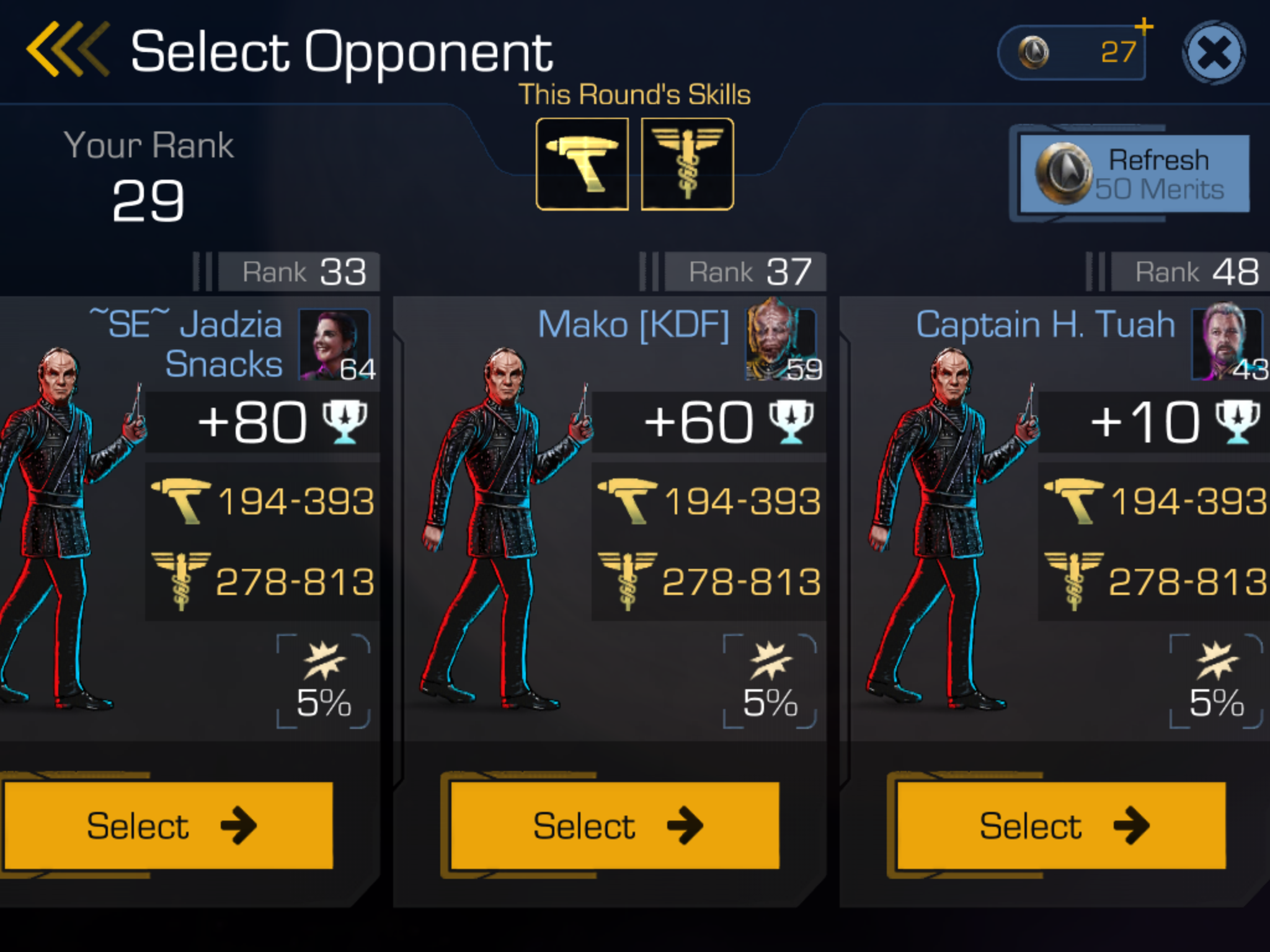