When is forced upgrade? Upgrade live 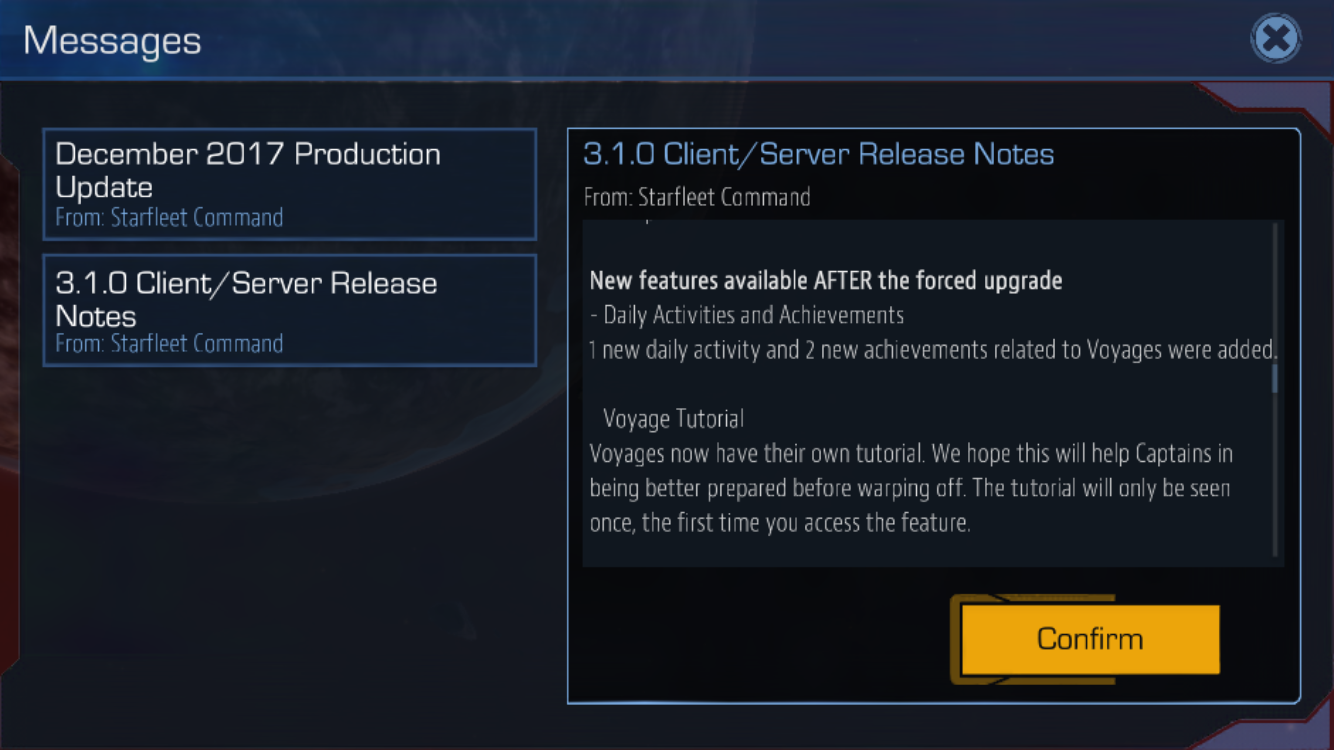 I am still waiting for new voyage achievements and daily mission.
0
«12»