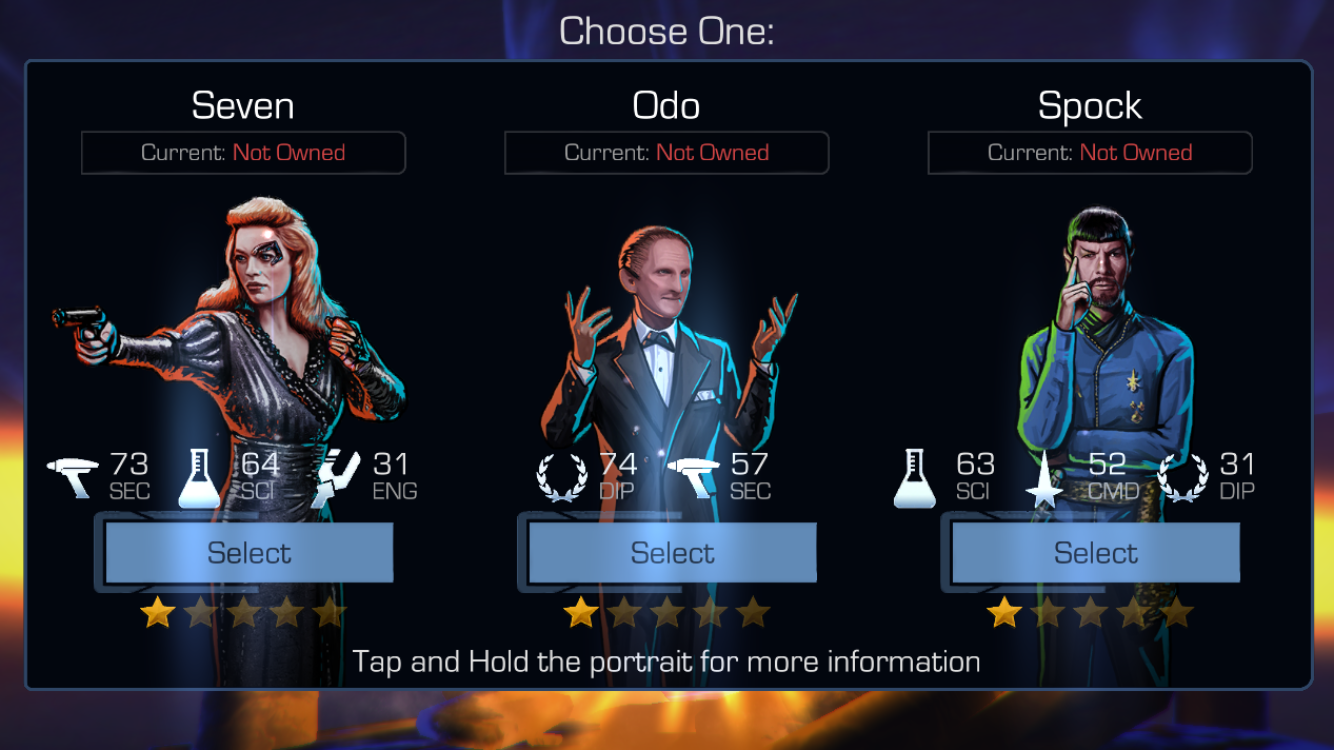 Passed on seven twice before. De Neuf would finish the set.

Odo is my favorite character and I loved the episodes. Passed on him once.

Passed on M Spock once for G Spock. Definitely regretted that. G Spock is way overrated for the gauntlet. He’s been a work horse for me since I got him, but he’s not strong enough compared to Locutus and Valeris.

I think I’m going for Spock.
1