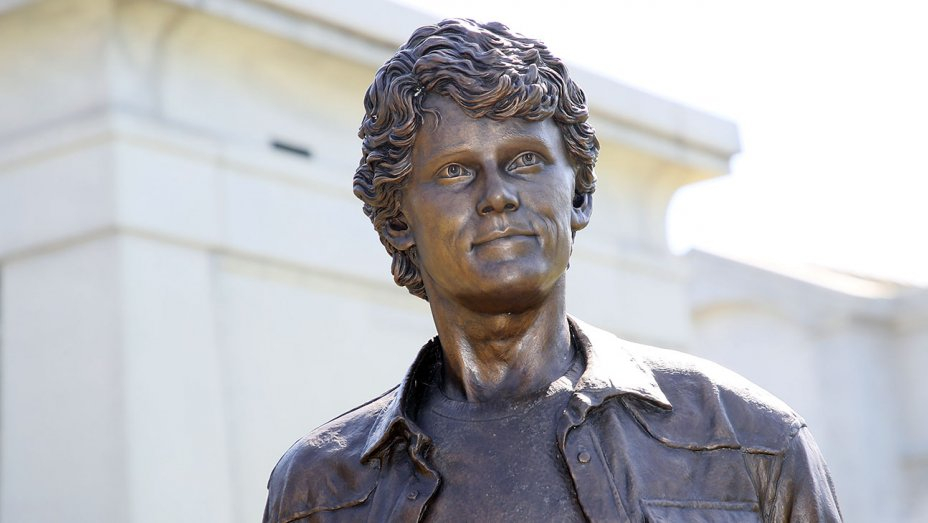 Zoe Saldana spoke of her 'Star Trek' co-star during the L.A. service, which was also attended by Simon Pegg, J.J. Abrams and Jennifer Lawrence.
A statue of Anton Yelchin was unveiled at a service honoring the late actor's life that was attended by Oscar winner Jennifer Lawrence and several of his collaborators in the Star Trek franchise.

Zoe Saldana spoke of her Star Trek co-star during the service Sunday in Los Angeles, which was also attended by Star Trek co-star Simon Pegg and director J.J. Abrams. Saldana and other speakers, including Yelchin's parents, addressed guests next to several pictures of the actor showing him as a baby, a young boy and from his film career.

The bronze statue of Yelchin was unveiled at the "Life Celebration" event and is now open for public viewing in L.A.'s famed Hollywood Forever Cemetery's Garden of Legends. It was created by sculptor Nick Marra and FX artist Greg Nicotero.

A mural of Yelchin created by fans at a Star Trek convention was also on display at the service.

Yelchin was killed in June 2016 at age 27 when he was pinned by his sport utility vehicle after it rolled down the driveway of his L.A. home.
0