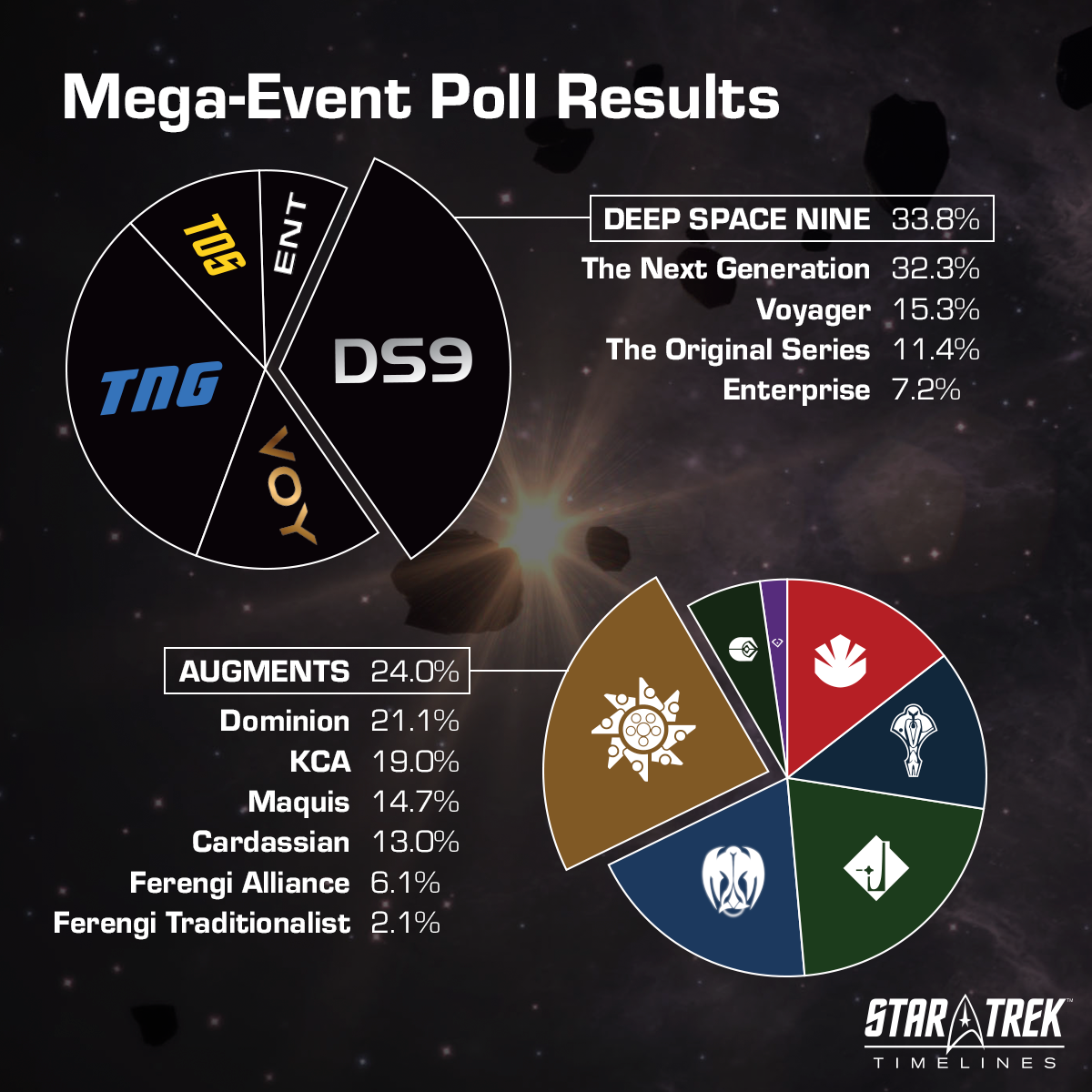 Thank you so much for participating in our Summer Mega-Event poll - we received a fantastic turn out!

We are happy to announce that the theme for this Summer's Mega-Event will involve Star Trek: Deep Space Nine and the Augments.

The battle was fierce regarding your favorite Star Trek TV show. It was a very close call between Star Trek:The Next Generation and Star Trek: Deep Space Nine, the latter winning only by a narrow margin.

Faction-wise, the Augments were the clear winners, followed by the Dominion.

In the meantime you can expect the next Mega-Event to take place in April. We will share more details about it soon. Stay tuned!